The reigning premiers are looking good 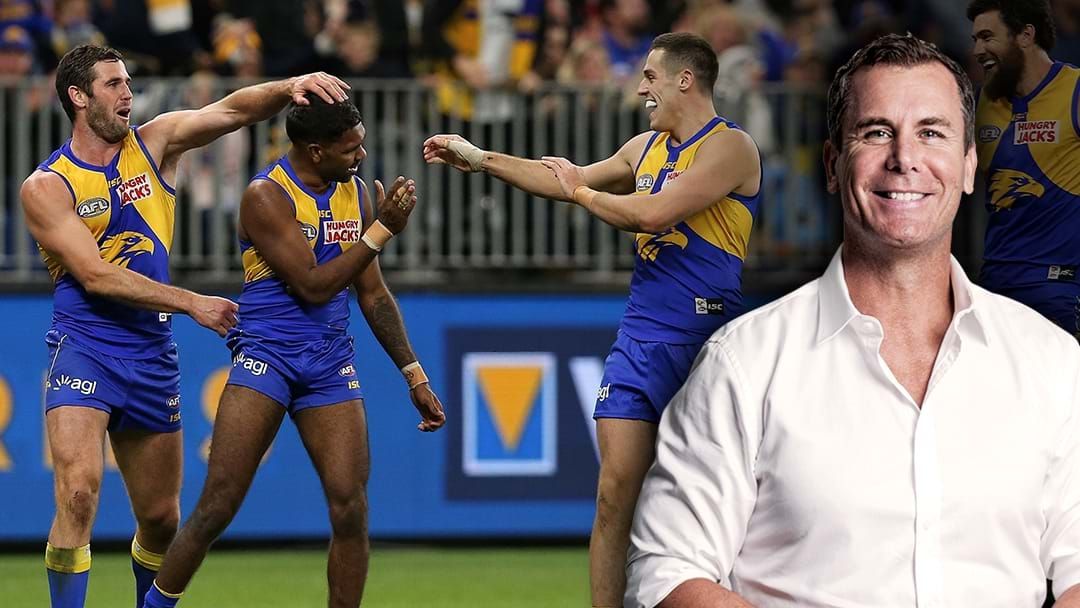 Speaking about next Friday’s semi-final between Geelong and West Coast, Wayne Carey can’t see a way for Geelong to get past the reigning premiers.

The Saturday Rub team spoke highly of the Eagles’ performance on Thursday night with Nathan Brown highlighting silky half-back Lewis Jetta as a problem for the Cats.

“I think Lewis Jetta now is the best kick in the competition, he's brilliant.”

Listen below for the Saturday Rub team’s mini preview of next week’s cut throat semi-final.