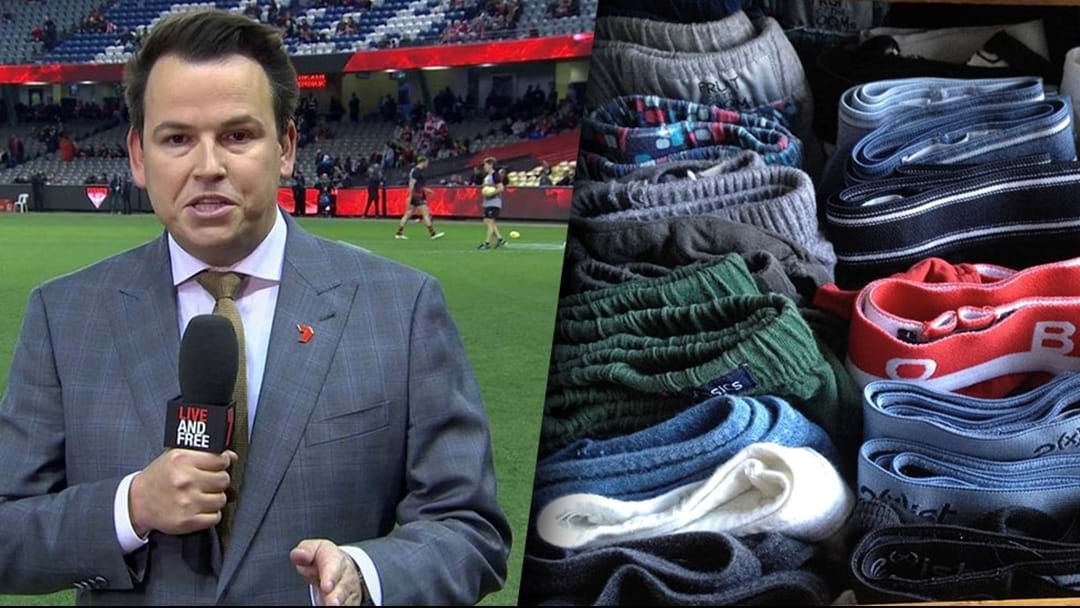 Tom Browne told one of the more remarkable stories you’ll hear on the Hot Breakfast this morning, explaining that a housemate once made him buy $900 worth of secondhand underwear.

“I was in a share house with a best mate, he was worried about some co-contamination in the underwear department, with the Calvin Klein undies… we both wore the black ones,” Browne said.

“We had separate washing regimes but he was concerned about potential co-contamination that he insisted at 30 dollars a pop or 40 dollars a pop that I buy all his collection for the avoidance of doubt so that he could go and buy some fresh ones.

“It caused huge controversy at the time.”

As you can imagine, it caused a stir in the Hot Breakfast studio.

“You can’t wear another man’s jocks, I don’t care what the circumstances,” Luke Darcy said.

“The question is, though, did you get a return on investment?” Scott Pape asked.

“Normally if you’re buying some underwear off someone at 30 bucks a pop normally it’s a Japanese business man style arrangement!” Wil Anderson said.

Make sure you download the Triple M app on iTunes or Google Play to catch up with everything Hot Breakfast!