surprisingly not made of Dolphin tears 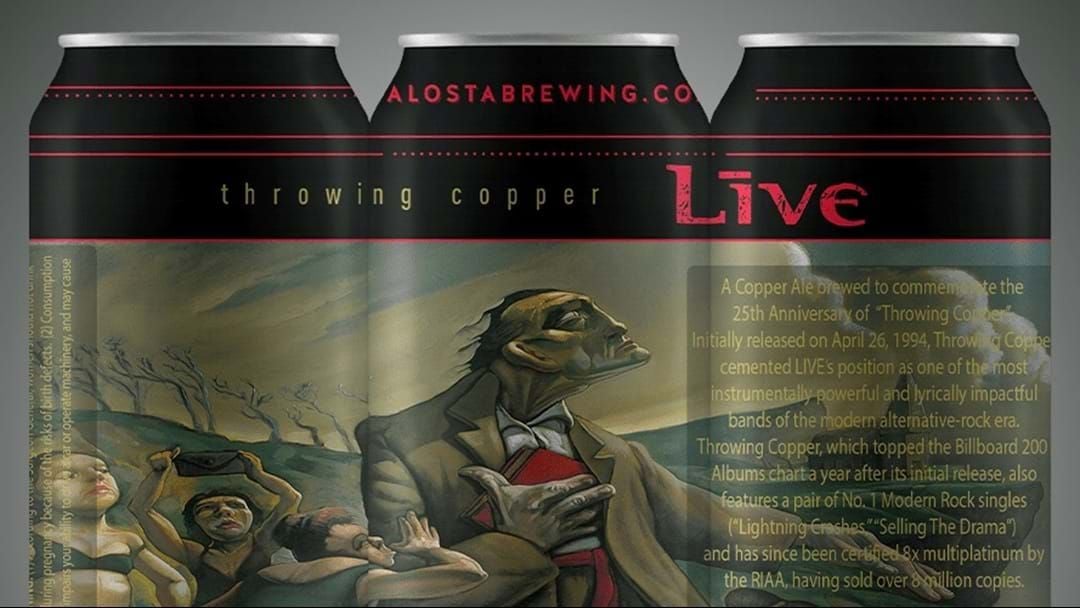 To coincide with the 25th anniversary of LIVE's second album, Throwing Copper the band are releasing a limited edition band.

A must have for die-hard fans, the Throwing Copper Ale is surprisingly not made of dolphin tears.

Teaming up with Alosta Brewing Co. the band's frontman Ed Kowalczyk said the collaboration was a no-brainer.

This Friday night join Triple M as we celebrate 25 years of this stellar album and hear the previously unheard track, Susquehanna.

Listen on the Triple M App.
Make sure you download the Triple M app on iTunes or Google Play and we’ll keep you across all the music news!