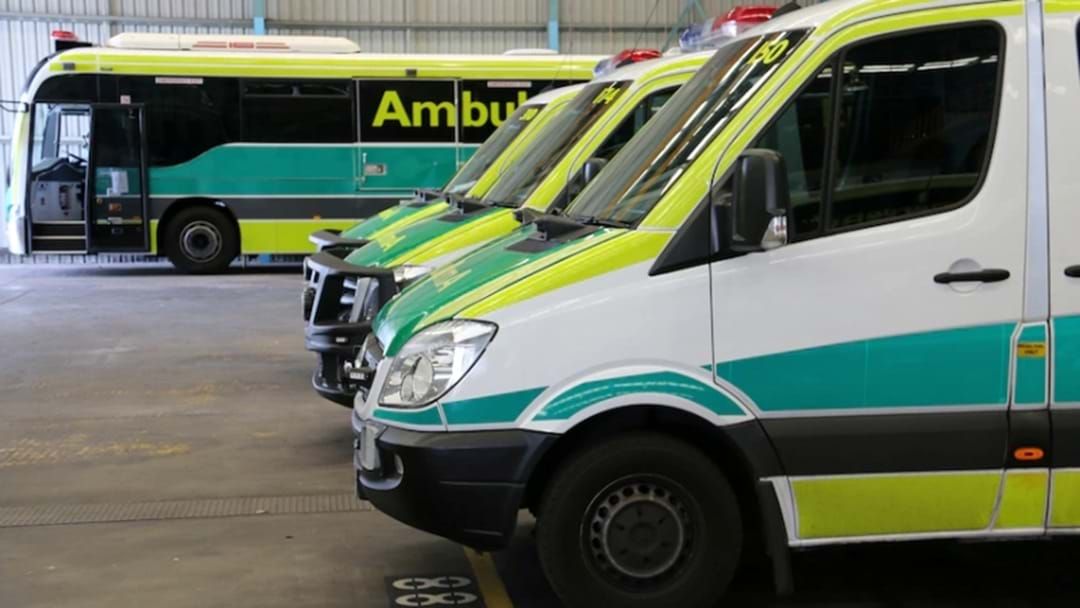 Under-resourced and exhausted undermanned amid the strain of a pandemic, Hills paramedics say the situation has become almost impossible to provide critical care in an emergency.

It comes as the region has been dealt a blow since borders opened on November 28, with chronic understaffing across the region, driving renewed calls for additional crews.

Hills paramedic Nick Brockhoff told ABC Radio Adelaide on Thursday, that lives were being put at risk, with paramedics stretched to the max amid critical under-resourcing.

“Covid in particular has had a draining effect on the ambulance service since the borders opened,” he said.

“I’ve been led to believe that we’ve had nearly 200 shifts that have been uncovered across the Adelaide Hills and that encompasses the volunteer stations that do a great job in supporting us but are stretched way too thin."

“As well as career ambulance crews in Mt Barker, Stirling, Wooside having no crews at all...ambulances (are often) locked in the shed for 14 hours at a time," he said.

“The system is under so much strain. We’re absolutely drained.”

A tweet by Ambulance Employees Association (AEA) raised the alarm with revelations that 13 emergency ambulances had been left unstaffed across Adelaide on Wednesday.

"We're seeing a lot of staff currently furloughed due to being a close contact, and a lot of staff just simply being sick or burnt out," AEA acting secretary Josh Karpowicz said.

"On a normal ambulance there's normally two registered paramedics providing care to a patient in the community," he said.

"You now no longer have two registered paramedics caring for critically unwell patients – you're splitting that between an ambulance officer and a paramedic," he said.

"These are disaster measures, and they have never been implemented before.

"It's quite concerning we're hitting this level of incapacity so quickly," Mr Karpowicz warned. "Unfortunately, some members are testing positive for Covid."

The strain of trying to cover gaps has become more pressing with "ambulance staff getting text messages with often 20 or 30 uncovered shifts across the state (asking for) anyone willing to do any shift – anywhere, anytime,” according to Mr Brockhoff.

“I know of day shift crews a couple of weeks ago that got asked to stay back an extra three to four hours at the end of their shift after a very long day ... as there was no night shift to come in at all.

“We need hundreds more ambos across SA. We need another three or four crews at Mt Barker immediately. We need to be able to protect the public,” he urged.

“This is a critical issue in the Hills. After nearly four years of arguing with the government over the basic right of my community to have at least a second ambulance, I felt I needed to speak out,” Mr Cregan said.

“If I didn’t become an independent and speak out on this issue, I would have been putting the interests of a party and ideology ahead of the safety of everybody in my community.

“I am not prepared to do that,” he warned.