Tour coming up in Aug 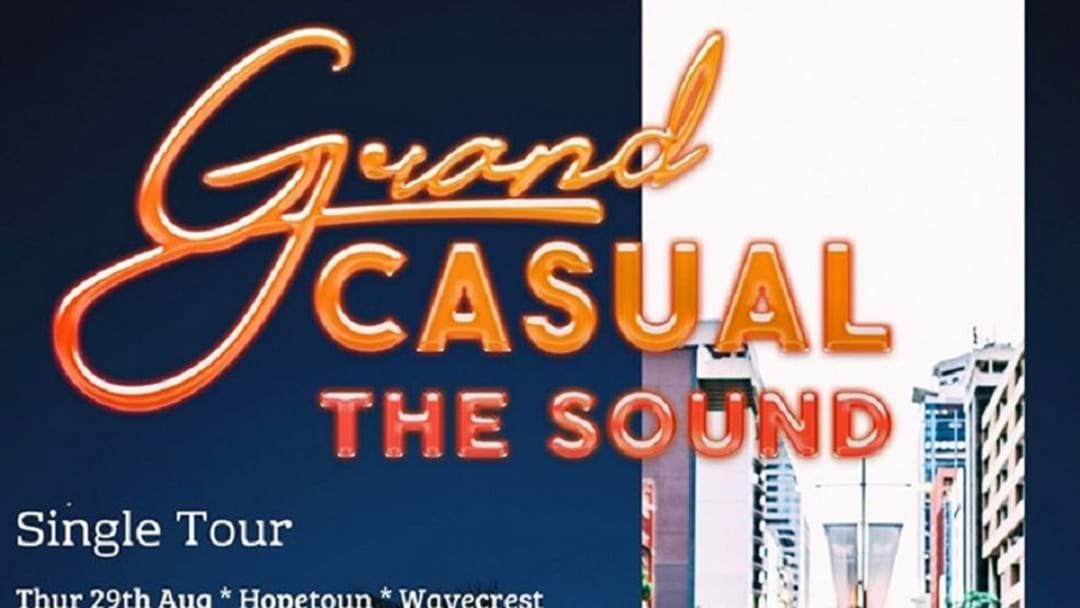 The Grand Casual juggernaut continues to roll on, pleasing the ears of Esperance, Australia and the WORLD with the release of its second single, The Sounds.

The lads released the track August 20, and their faithful fans could not be more pleased with its upbeat, rollicking style. This song would equally be welcome charging towards work, in the car or on a run, or at the pub being belted out with a couple of your mates. The boys seem like a complete outfit, the emphatic drums set the tone of the song and the guitar riff coupled with Kyza's bristling vocals carries the tune happily into the ears of listeners.

Grand Casual will display their latest single alongside their debut single Soldiers, which was released last year, in a tour that spans from the Great-Southern to the South-West to the Goldfields in late August to October.

Sean caught up with the Grand Casual boys in studio to yarn about the upcoming The Sound tour, at the end of the audio

The Esperance locals will pop back into town and the Cannery mid-tour to play alongside the Southern River Band September 7.

The other dates to the tour are below.

The boys are currently rehearsing their set for the tour, and have already spawned new ideas and songs during their practice/jamming sessions. Grand Casual are already set on their EP playlist (to be released at the end of this year) and are excited to be throwing out nuggets for a potential ALBUM at some stage next year.

Make sure you get your ear holes onto the new tune, and their other brilliant track. Search Grand Casual at iTunes music and Spotify.