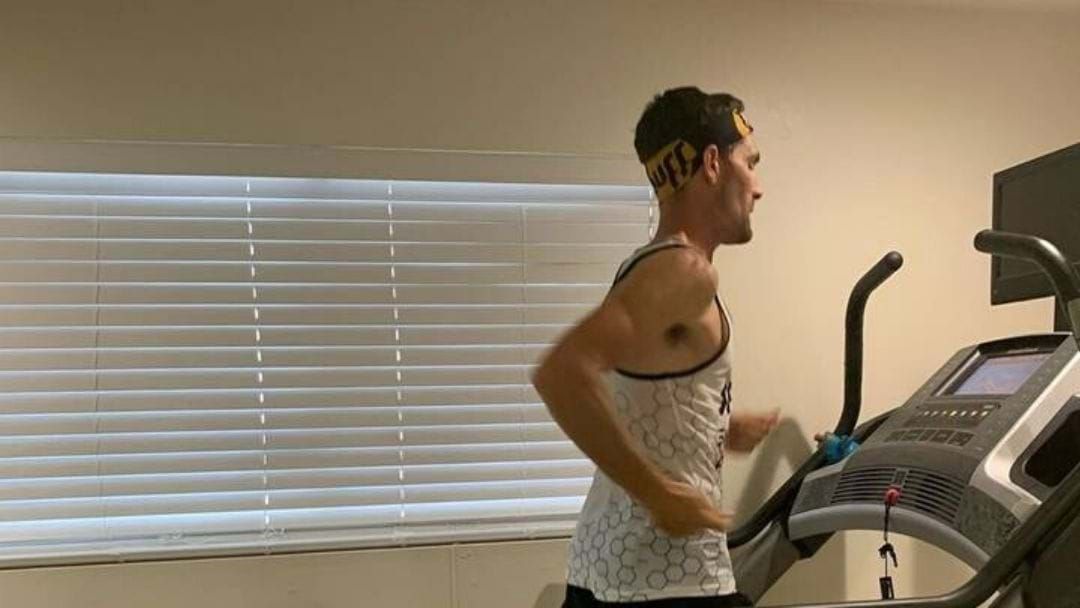 While most of us have been stuffing our faces and struggling to make it up hills in lockdown, this one guy has decided to make the rest of us look bad, by smashing the 100 mile record on a treadmill.

On Saturday, March 16th, distance runner Zach Bitter had a go at breaking the treadmill world record, knocking over 100 miles in 12 hours.

To make things even more unbelievable, he exerted all of that energy while only stopping for one single bag of chips on a short break.

You might be thinking, while reading this on your couch covered in chippy crumbs, what on earth would inspire a man to do such a thing for s***s & giggles?

Well, like many other athletes, Bitter's 2020 season, which he has spent much time training for, was completely cancelled by COVID-19, so instead of getting down in the dumps about it, he gave himself a new challenge.

Please see the below footage of Zach breaking the world record while having a casual chat with his instagram followers...

From his home in Phoenix, Bitter used two treadmills (because apparently they switch themselves off after an excessive amount of time) to smash the previous record of 12:32:26, which was set by a Canadian athlete back in 2019.

Bitter told Runner's World "The treadmill seemed like something different, and I think it's fun to go for something more out in left that you're not comfortable with."

Is anyone comfortable with 100 miles on a treadmill?

Prior to his world record breaking run, Bitter had only ever managed to train for 30 miles and was forced to spend a fair amount of time perfecting his abilities before attempting 100 miles.

So that's pretty much how he spent his weekend... running on a treadmill and stopping only to use the loo and smash a bag of chips.

Good on ya Zach!

Tune into the podcast below to catch up on the latest 'Pub Talk'...