"I'm of the opinion" 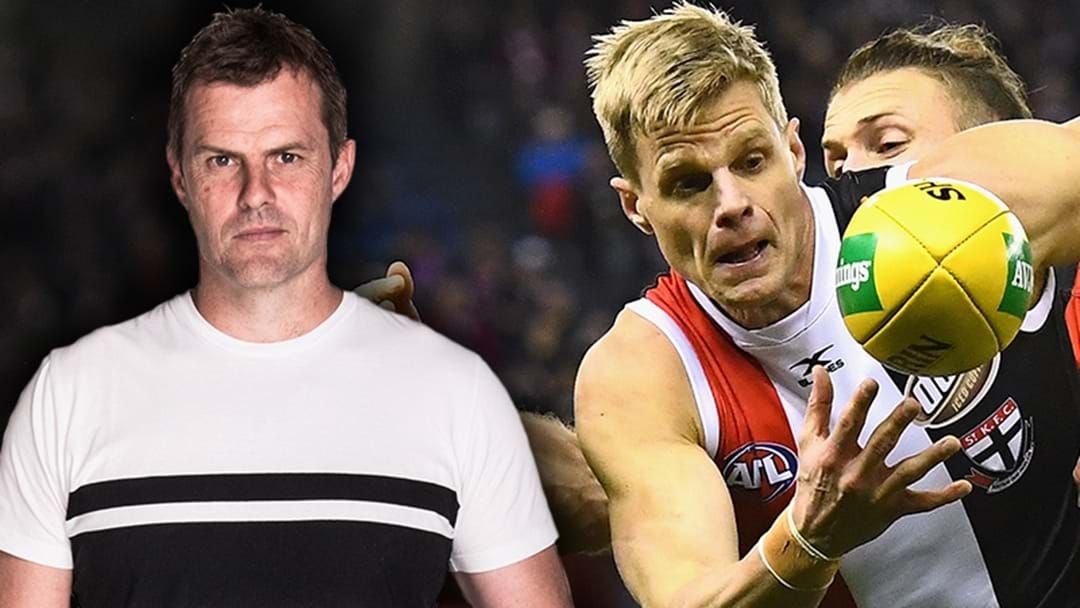 Luke Darcy believes Nick Riewoldt has done enough to put the decision on his football future in his own hands.

St Kilda is weighing up the decision on whether the St Kilda champ plays on in 2018.

“I’m of the opinion, Damo, that there is a unique bracket of players that have got big a legacy at one club, they get the opportunity to choose their own departure,” he said on the Friday Huddle.

"He’s declared absolutely his preference is to play on. Everyone who watches football would say that they feel he’s absolutely capable of doing that.

“To take that away from him...given who he is and what he’s done at that club, I think that’s a big call for St Kilda.”

Judd agreed, saying if Riewoldt believes he can still contribute at AFL level then that's all the validation needed.

“You look at Roger Federer: I thought there was no chance that he could ever win another Grand Slam, but he really believed internally that he still had it in him, and look what he’s been able to do this year,” he said on Triple M.

“If Nick Riewoldt genuinely thinks he can make a contribution next year, I think you’d be a very brave man to back against him.”