Luke Darcy On His Son Sam’s Debut For The Bulldogs 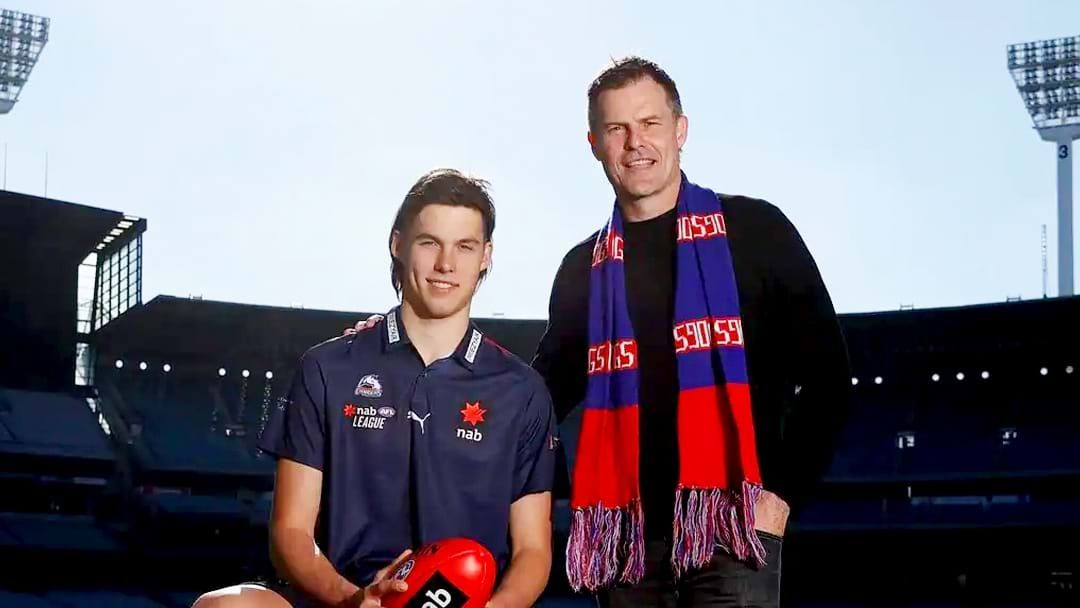 Our very own Luke Darcy's son, Sam Darcy, will make his long awaited debut for the Bulldogs on Saturday afternoon against Fremantle.

Sam was taken with pick 2 in the national draft as a father-son selection after being a highly touted junior.

Darce spoke emotionally about his son pulling on the red, white and blue for the first time on the Friday Huddle.

"My initial thoughts were he'd forgotten his keys [when he rang]!"