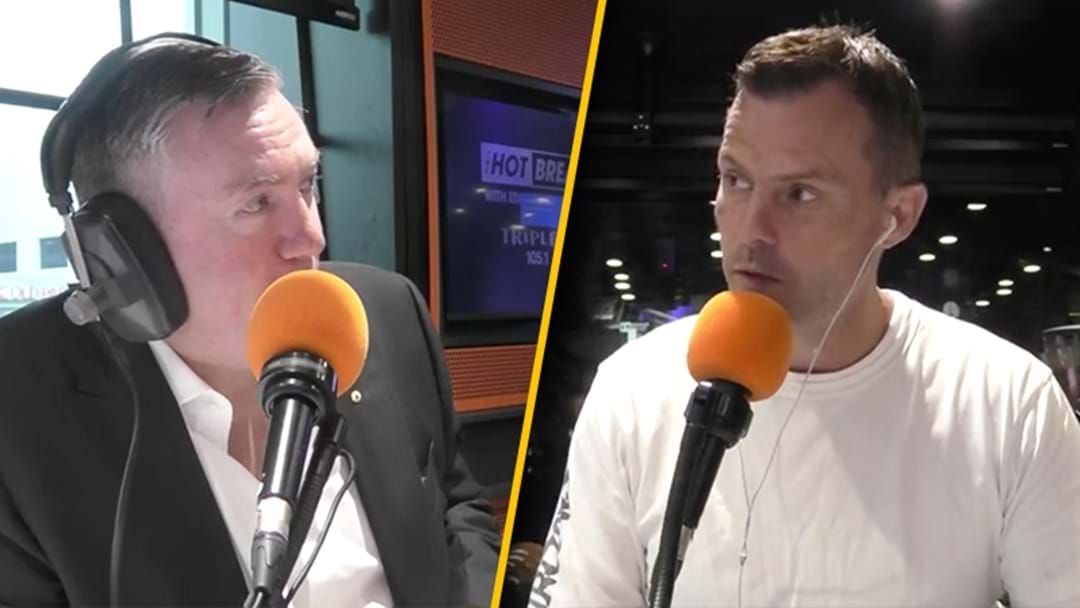 Luke Darcy pressed Eddie McGuire over rumours that Ed will host the new Wednesday night Footy Classified on the Hot Breakfast this morning.

“I’m giving you one more chance, final chance for the morning, Ed, because you often say to me if you are in the story, then you need to bring it to the table,” Darc said.

“I asked you this morning is there going to be… a Wednesday night show (featuring Ed and Ross Lyon)?”

Darc’s best efforts couldn’t get through Ed’s defences though.

“All will be revealed in the fullness of time,” Ed said.

Darc then played his trump card — audio of Ross Lyon saying it was going ahead.

“The big story is whether I’m there isn’t it?!”