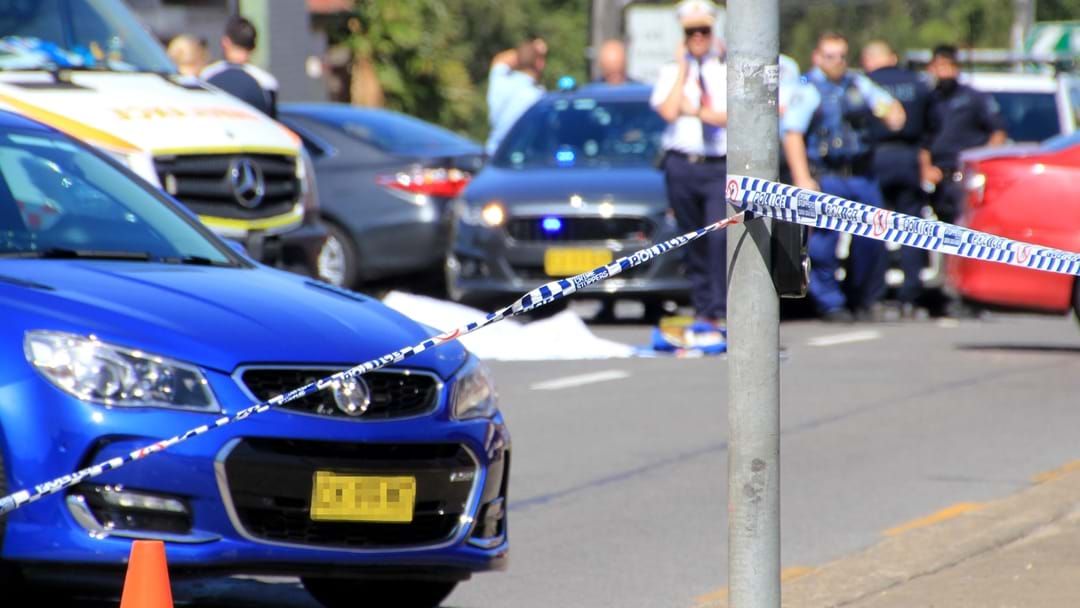 A young man has been stabbed in the stomach and another man is presumed dead following a multi-vehicle crash and a car-jacking in Sydney's south.

Emergency crews were called to West Botany Street in Rockdale after 3pm on Friday following reports of the crash.

A man in his early 20s was stabbed in the stomach at the scene, authorities say.

Video of the stabbing seen by AAP shows a man stabbed the young victim in the middle of the road at Rockdale.

The man, in another video, is then seen car-jacking a taxi before he does a U-turn, mounts the curb, briefly drives along the footpath and then speeds away on the wrong side of the road.

The taxi is now stopped on Forest Road near St Francis Xavier's Catholic Primary School in nearby Arncliffe. There's a white sheet on the ground at the scene.

AAP understands the Arncliffe incident involves self-harm and is related to the Rockdale incident.

NSW Police say there's no indication the matter is terror-related.

A witness, who asked not to be identified, was working at a business on West Botany Street when people in shock were brought into the building.

The witness told AAP that police and other onlookers told her a truck had run into cars before the driver car-jacked a red taxi and fled.

A Woolworths truck remains parked on West Botany Road. Woolworths has been contacted for comment.

Both scenes are taped off and police are interviewing witnesses.