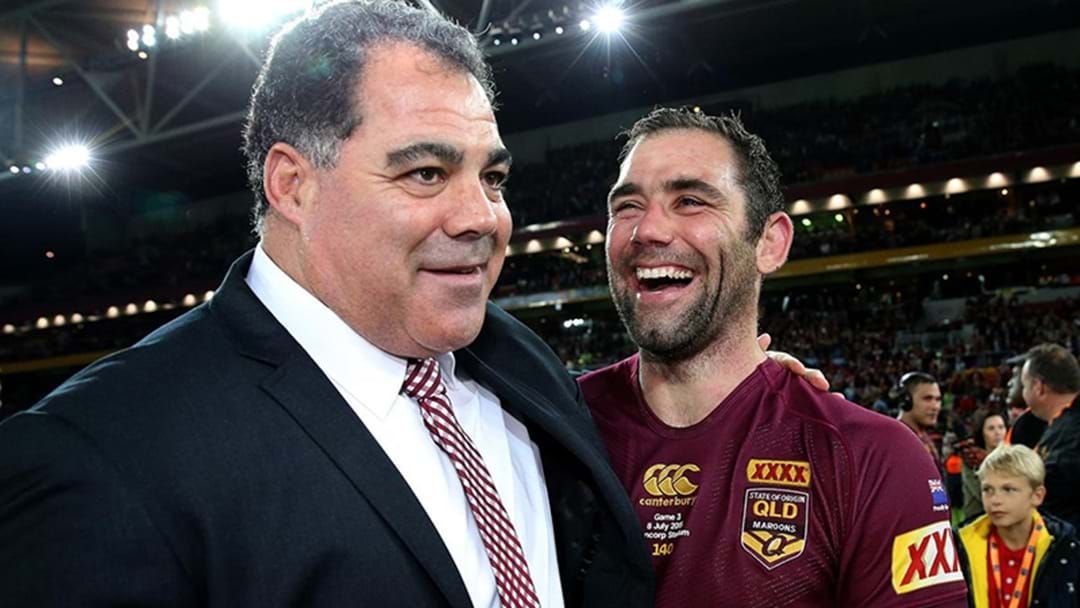 With Kevin Walters expected to announced as Broncos coach tomorrow morning on a $1m a year deal a vacuum has been created in the office of the second most powerful person in Queensland – Origin Coach.

Kevin Walters has lead QLD in the last four origin series but taking up the coaching job at Red Hill will mean he will have to relinquish state duties, leaving the door open for the man who led the state to eight straight Origin series victories. However, he will have his challenges.

Speaking on The Big Breakfast this morning NRL insider Dobbo revealed that NSW will do everything in it’s power to prevent Meninga from returning to the job.

“NSW will kick up an almighty stink” he told Marto, Margaux and Nick Cody

Whilst Queensland fans would be beside themselves at the prospect of the most successful Orign coach of all time returning to the helm, he will have stiff competition from former Cowboys coach and dark horse Wayne Bennett.