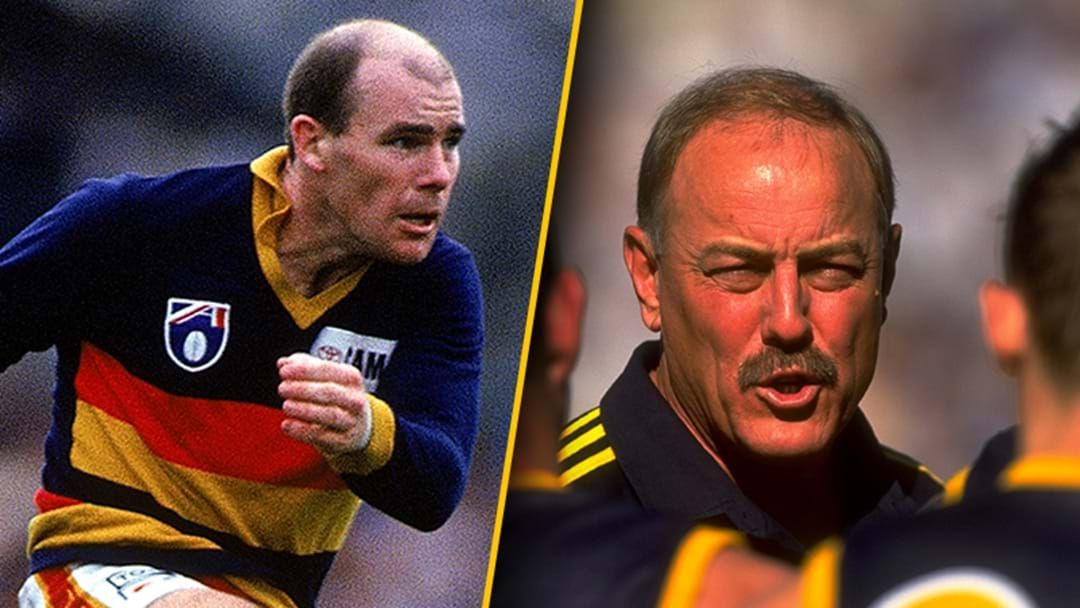 Ex-Crows coach — and newly inducted Adelaide Life Member — has addressed delisting Andrew Jarman in 1996 with the man himself on the Rush Hour with Bernie and Jars.

“They (Jarman and other high-profile delistees Chris McDermott and Tony McGuinness) were great players but you know what? Somewhere down the track, like us all, either injury gets you or your time’s up,” Blight said.

“But at some stage or other it will happen to all of us, we all know that.

“Some are done better than others, I agree with that, but there’s no easy way out of it and it’s the toughest part of the game.”

For his part, Jars understood and agreed with Blight’s reasoning.

“I totally agree… at the end of the day, the three of us weren’t gonna be the next players to win premierships with the Adelaide Crows,” Jars said.

“We were 29, 30 years old... you had these young lads coming through in (Mark) Ricciuto and (Ben) Hart and (Shaun) Rehn and (Andrew) McLeod and (Simon) Goodwin.

“They were the next premiership side… that’s what coaches have to do.

“You make some good decisions and sometimes you might regret some.”

Blight also discussed his favourite players to coach, the standard of coaching these days and how Port and the Crows can improve this year.