He's been flown to JHH.. 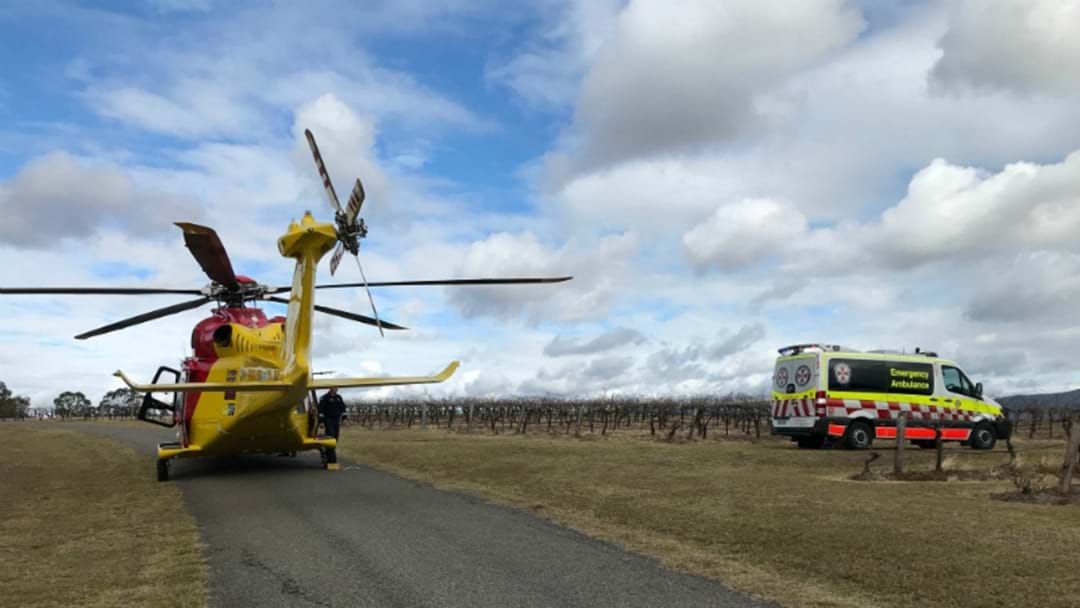 A man is nursing a serious head injury after his car hit a tree at Pokolbin this morning.

The accident happened on Palmers Lane just after 9:30am.

He was trapped in the wreckage for some time before being released and taken to the Westpac Rescue Helicopter which had landed at a nearby vineyard.

The man was flown to John Hunter Hospital in a serious but stable condition.