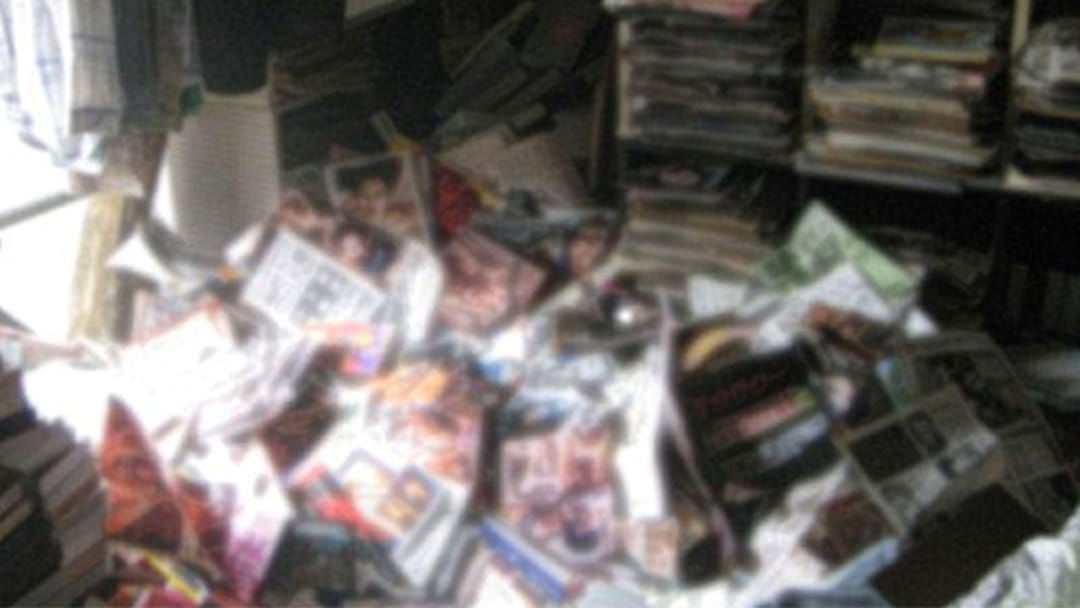 His body wasn’t discovered for six months, after his landlord came to find out why the rent hadn’t been paid.

He’d trimmed some articles out of certain mags, but his collection tipped the scales at around six tons at the time of his death.