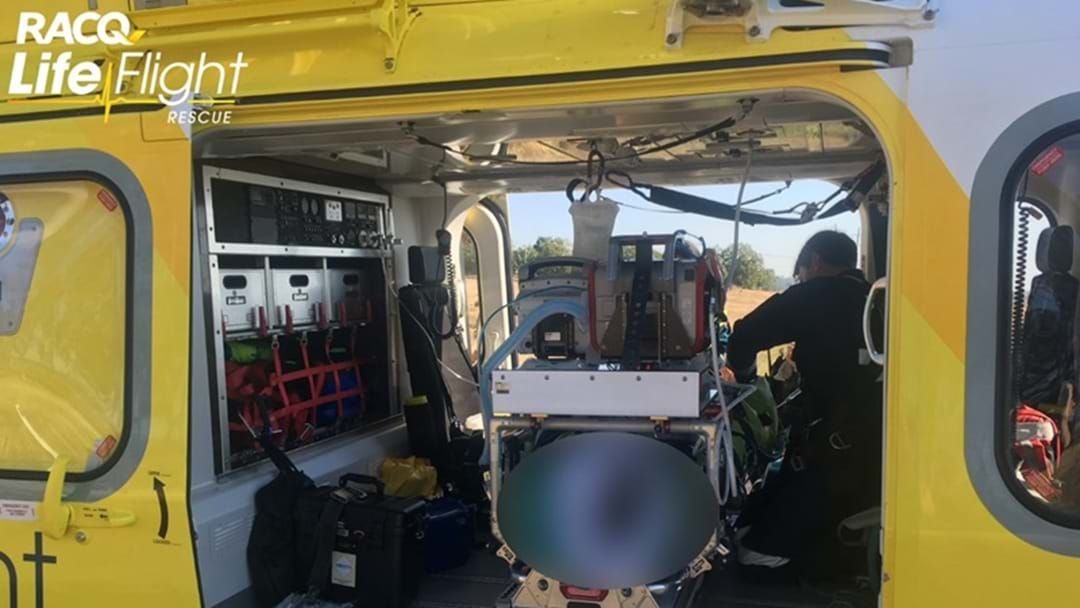 A man in his forties sustained critical injuries following a motorbike crash, north-west of Ipswich on Saturday afternoon, and had his leg amputated following the crash that involved four other motorbikes and a car near Ipswich.

The Toowoomba-based RACQ LifeFlight Rescue helicopter was called into action around 12:30pm and tasked to the scene at Brightview.

On scene along with aeromedical team were QAS paramedics, QPS officers and QFES personnel, with the Queensland Government Air helicopter also tasked to the scene where multiple patients were treated.

The RACQ LifeFlight Rescue crew worked together with the other services, to treat the man for serious lower leg injuries.  He was airlifted to the Royal Brisbane and Women's Hospital, under the care of LifeFlight's Critical Care Doctor and the QAS Flight Paramedic.

A second motorcyclist was also airlifted for treatment while three men and a woman were treated at the scene.

The forensic crash unit is investigating.