newsMan That Tackled Egg Boy Wanted Here On The Coast

Man That Tackled Egg Boy Wanted Here On The Coast 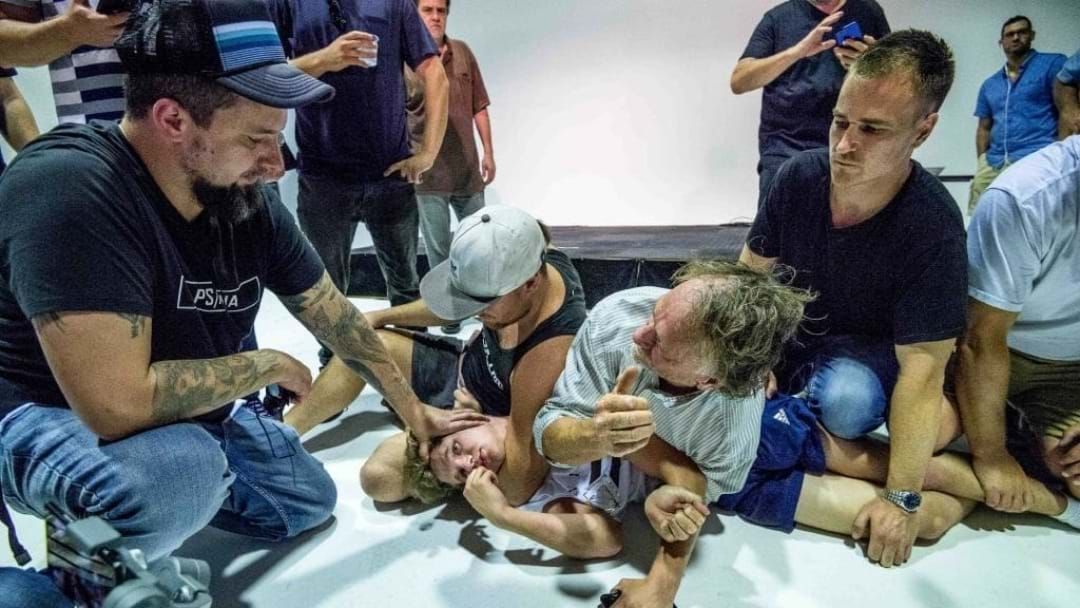 A man who tackled a teenage boy at a Melbourne speaking event is wanted by police here on the Central Coast.

Far-right activist Neil Erickson was one of four men who held down the so-called Egg Boy, after the 17-year-old cracked a raw egg on controversial, Senator Fraser Anning’s head, following victim-blaming comments he made about the Christchurch terror attack.

Central Coast Police have confirmed they have a warrant out for Ericksons arrest, after he allegedly invaded Gosford Anglican Church last year, armed with toy whips and swords.

A small group of white nationalist allegedly stormed the church early last year dressed in costumes and holding fake weapons while yelling at the small congregation through a megaphone.

Erickson initially faced a magistrate and was due back but missed his court date.

The church is known across the country for its inclusive messaging and pro-diversity signs.

Father Rod Bower previously urged anyone who might see Erickson north of the Victorian border to call police.

Neil Erickson is the man pictured on the left of the two images.