Melbourne NewsMap Shows Which Melbourne Suburbs Cop The Most Rain

Map Shows Which Melbourne Suburbs Cop The Most Rain

How does yours compare? 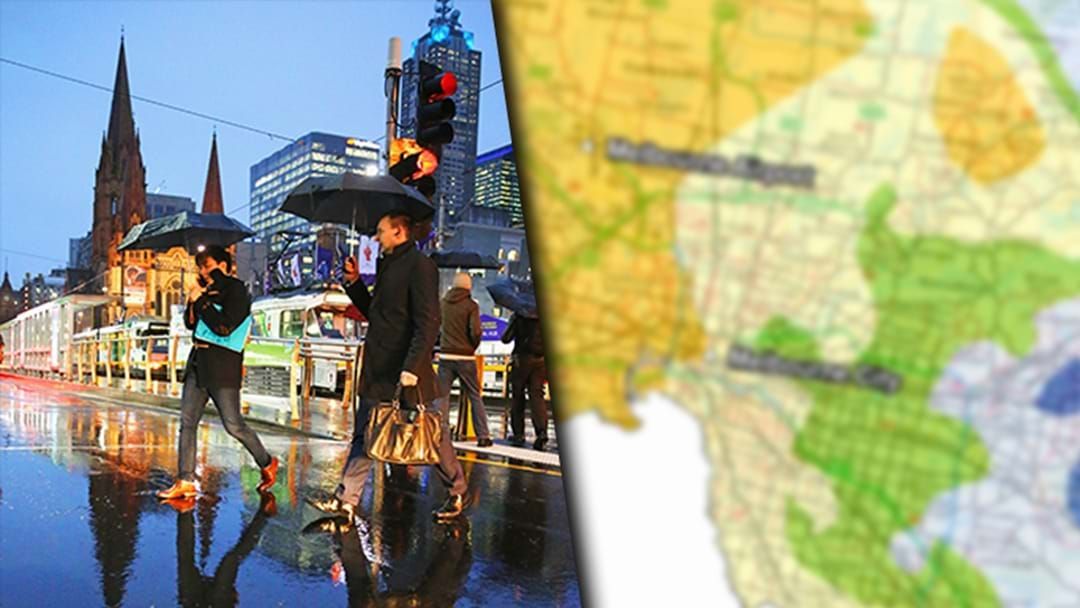 A rainfall distribution map released by Melbourne Water shows how much rain falls around the greater Melbourne area - and there's quite a bit of discrepancy.

A small pocket west of the city containing Melton and Little River is the driest in Melbourne.

The large yellow shades represent the average for the city - containing the airport and CBD - with the areas east of the city copping the most drenchings.

The zone of Belgrave, Warbuton and Mt St Leonard is the wettest in the city, receiving more than twice as much rain as the west.

See the detailed map below: