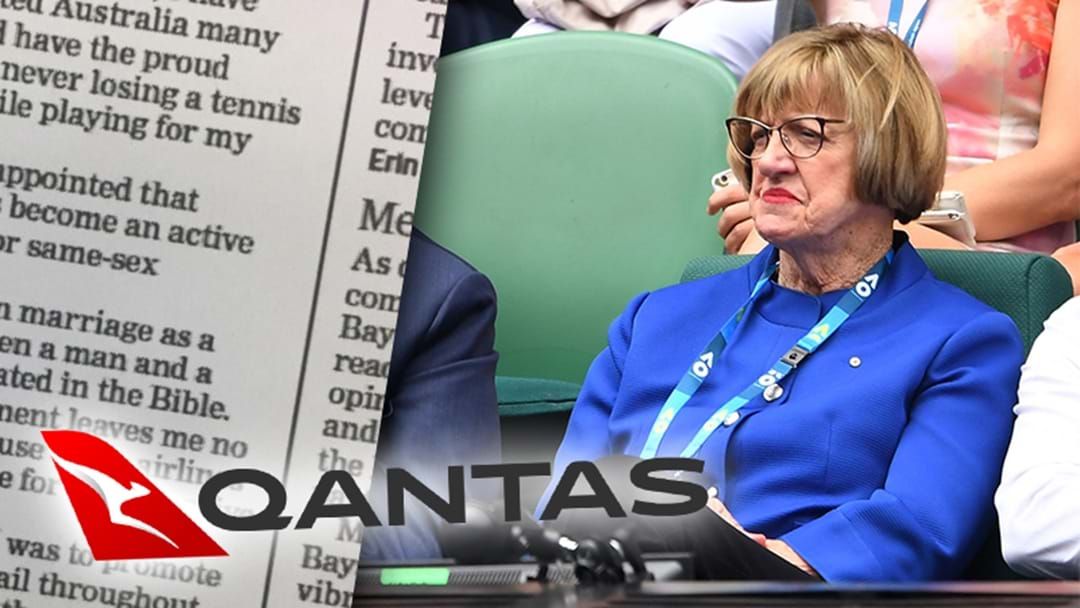 Every man and his dog has come out in opposition of Margaret Court following her public decision to boycott Qantas.

Here is a brief snapshot of some of the feedback on Twitter from the arena itself and tonight's entertainment there, Ryan Adams, who will be performing for Triple M on his Prisoner tour:

Australian tennis legend Margaret Court has taken the unusual step of writing into the paper to complain about Qantas.

The topic of her 'open letter' to the major airline is in regards to their stance on same-sex marriage - a stance she strongly disagrees with.

"I am disappointed that Qantas has become an active promoter for same-sex marriage," Court writes.

"Your statement leaves me no option but to use other airlines where possible for my extensive travelling."

She said that she used to be proud to promote the airline when flying all over the world but will no longer do so - such are her beliefs.