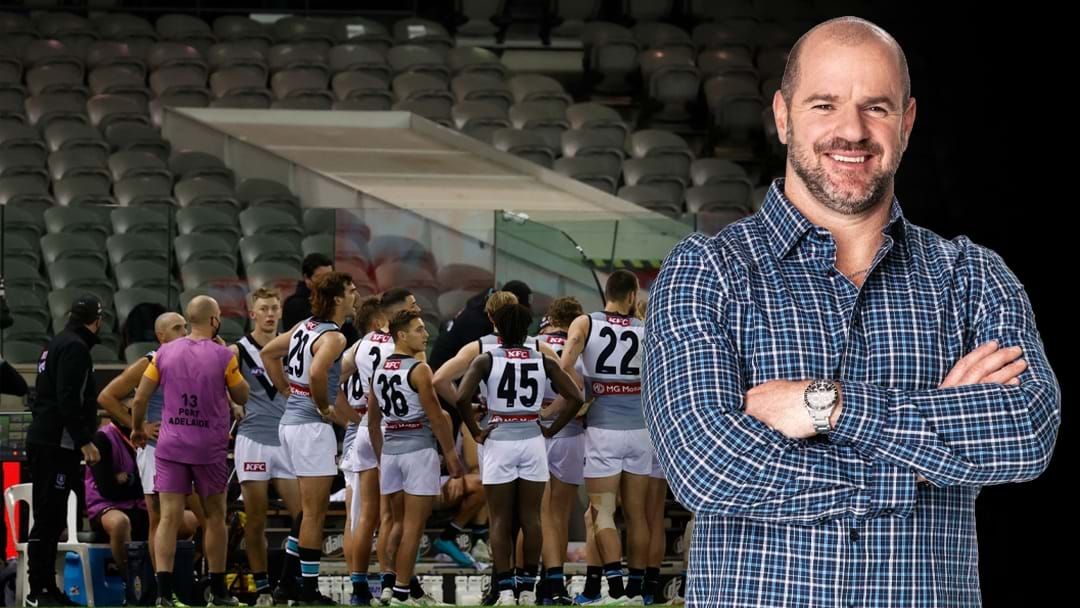 On Roo and Ditts for Breakfast, Mark Ricciuto spoke on the COVID drama surrounding the relocation of both South Australian teams and overall financial impact on the league.

Roo touched on the uncertainty provided for Adelaide and Port on Tuesday, trying to make sense of plans to fly interstate being altered several times within the day.

"The Port and Crows players wouldn't know where they are at the moment."

"They might well be [in Melbourne] for five weeks."

GWS and Sydney have currently been on the road for over a month, and it's beginning to prove costly for the AFL to successfully market the situation.

"It is costing the AFL, five to six million dollars a week," Ricciuto said.

Ricciuto explained that the lack of crowds and future unpredictability will continue to stem throughout the league's finances.

Did you miss Roo and Ditts this morning? Catch up on the whole show here: