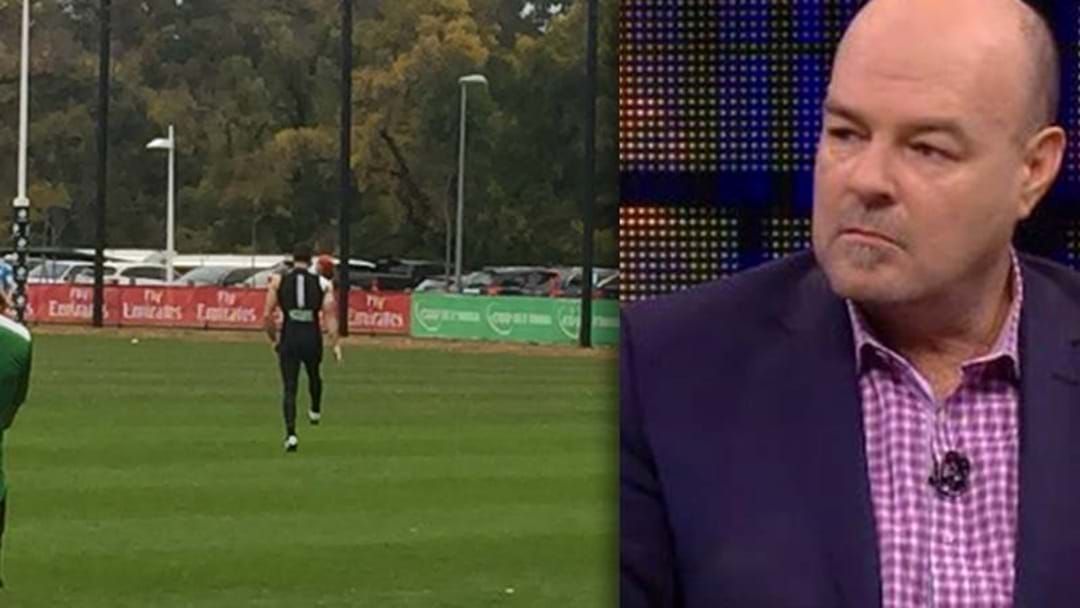 Robinson retweeted an image from his colleague Glenn McFarlane of Fasolo at Magpie training.

The tweet was on his page for almost 15 minutes before it was deleted.

The statement from Robinson was immediately met with criticism from his followers.

“Seriously?? Please - understand depression before taking a shot on it. It’s nothing sad - it’s not having a bad day. It’s chemical,” another replied.

Collingwood had previously stated in their press release that Fasolo will continue to train as normal.