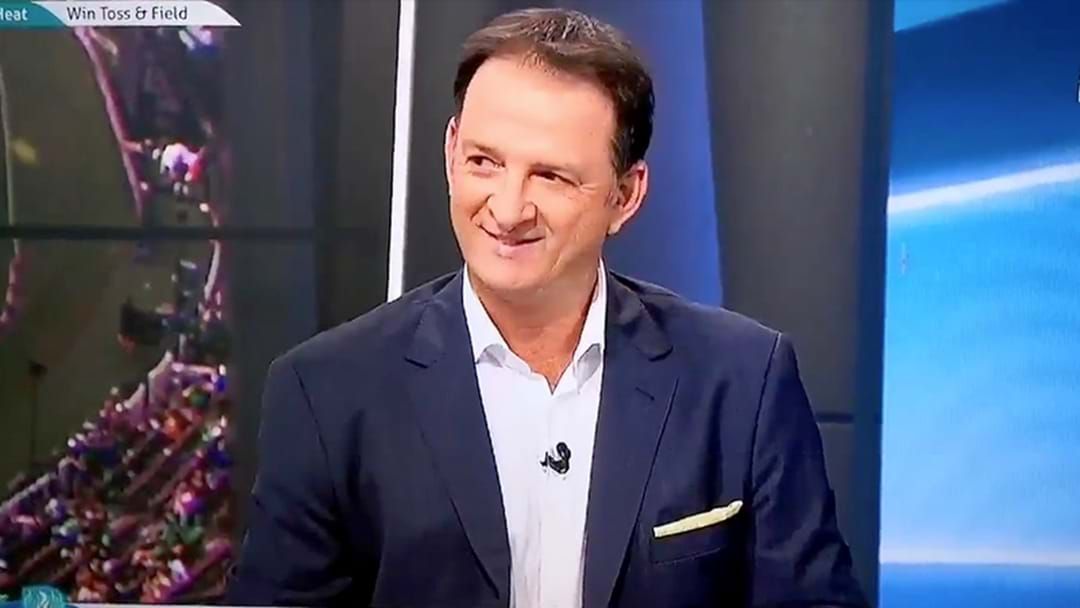 Mark Waugh might have joined an unwanted club during a BBL clash between the Melbourne Stars and Brisbane Heat.

Waugh was talking about Brisbane's international star Brendon McCullum and his off-field interests, which have extended to punting and horse racing.

In doing so, he might have let slip an unwanted four-letter word.

He immediately corrected himself, but the clip found plenty of traction online, with the video garnering over 170,000 views on Twitter.

McCullum was short of winners on the cricket pitch, too, with his Heat going down by just five runs to the Stars.