Standing room only at Regional Stadium 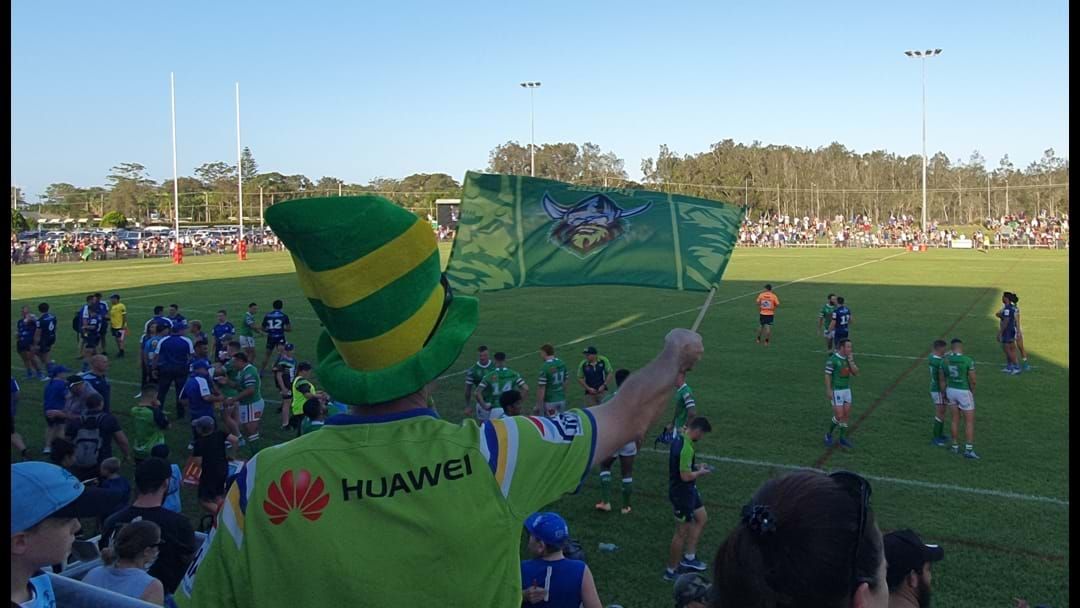 The Canberra Raiders have overcome a sluggish start at the Port Macquarie Regional Stadium to claim victory against Canterbury.

A packed out ground saw the Dogs dominating early in attack, carrying on with the form that propelled them to a big over the Sharks last week.

Young gun Jake Averillo opened the scoring on the wing in the fifth minute, before a Raiders knock on and some crisp passing saw the Dylan Napa double the advantage five minutes later.

After a converted try Canterbury led 10-0 but that's as good as it got for the Dogs, the rusty Raiders subsequently finding their footing.

The Green Machine went on to stretch the hosts, but errors and some strong defence initially preserved the lead.

It couldn't last though with Jack Wighton crossing the line with 15 to go in the first half.

Jarrod Croker converted, with the scores 10-6.

After the break both sides had their chances, including Canterbury's Jayden Okunbor with a strong line break.

Ultimately though it was Sam Williams for Canberra hitting the board with 15 minutes to go, and after another conversion they led 12-10.

That's how things finished, an encouraging performance for both sides as they head into the season proper.