Mathew Nicks Responds To Brad Crouch’s Criticism Of The Crows 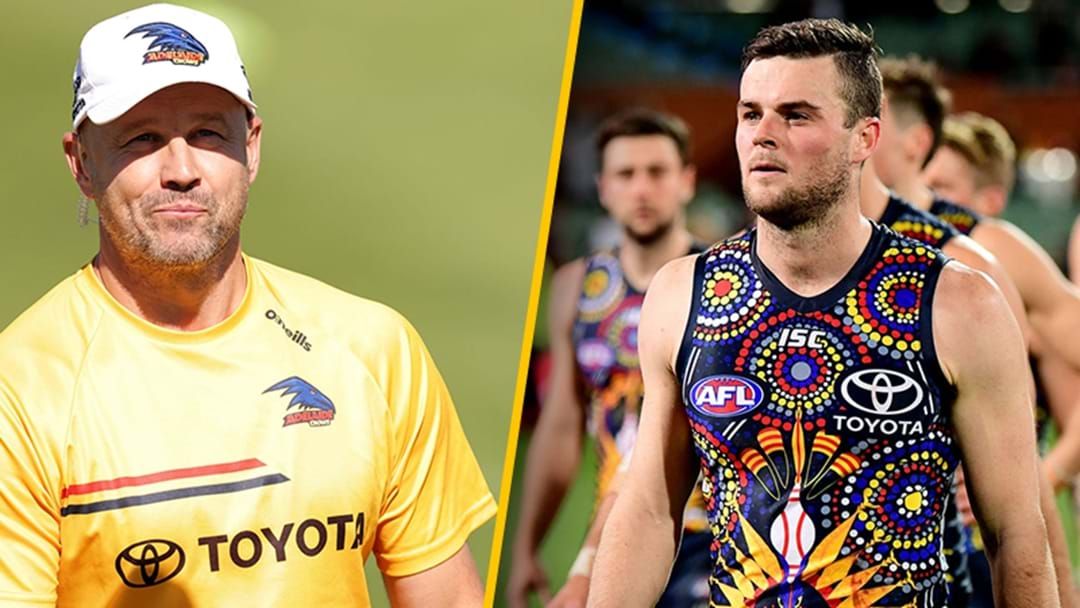 Adelaide coach Mathew Nicks responded to Brad Crouch’s criticism of the Crows on Bernie, Blewey and Jars this afternoon.

"We had conversations throughout the year more around he was feeling about football overall," Nicks said.

"Being a little stale in Adelaide… we had a number of conversations in around that area.

"He didn’t talk about the way we were playing football, but I guess he might be talking about the fact that we didn’t have success we were after."

Nicks said Crouch’s move wasn’t a shock to him.

“He did flag with me during the year that footy was getting a little stale, did he need a new opportunity… it was no surprise to me towards the end of that year that he made the decision that he did.”

Nicks also discussed the Crows’ new recruits, Tyson Stengle’s stand down and whether no. 2 pick Riley Thilthoepe will play in round 1.