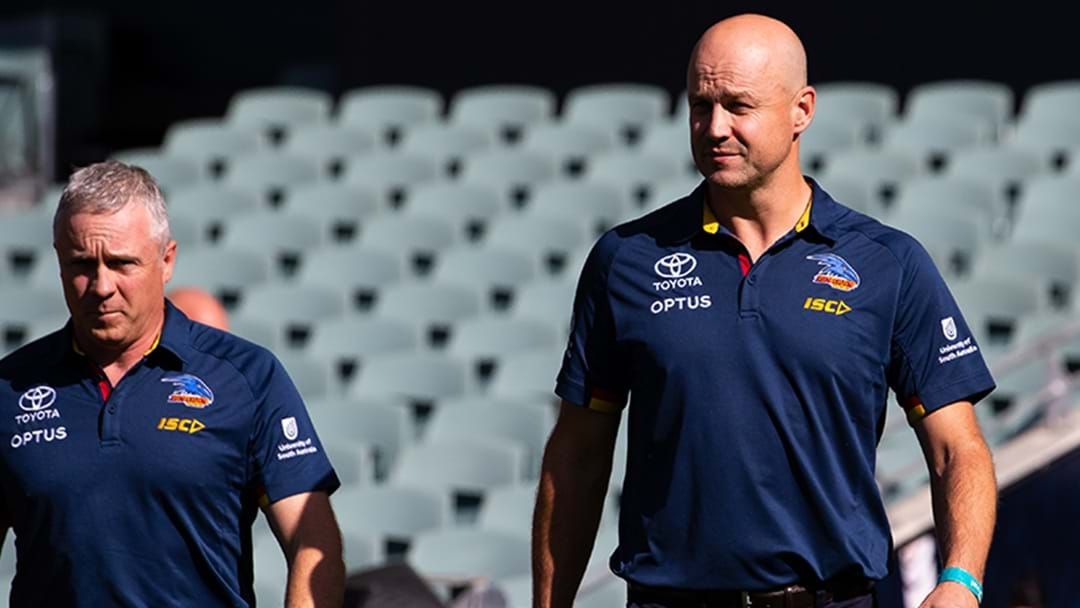 “We had senior players last night happy to talk about the ways they’re struggling,” Nicks said.

“Some of it they can’t answer at this point… if they were able to answer it we’d just get it done straight away.

“I’ve got no doubt we’ll get to the bottom of it. It’s not something we’re gonna turn around in a week.”

“[I] thought we’d come out and get that stoppage area right, get that contest area right, but unfortunately we didn’t.

“We’re gonna have a look at some changes as some personnel goes, see if we can bolster up a little bit more contest ahead of the ball.”

Nicks said he’d had a conversation with the playing group about the game plan.

“You don’t want the players doubting you,” he said.

“That came out last night… this is not all a player issue. We’re all in it

“I was happy to be vulnerable and open in saying is there an issue with our game plan.

“There is not an issue with our game plan.

“Our players understand what it is we’re trying to get to… there’s a transition from what some of our guys have done in the past.