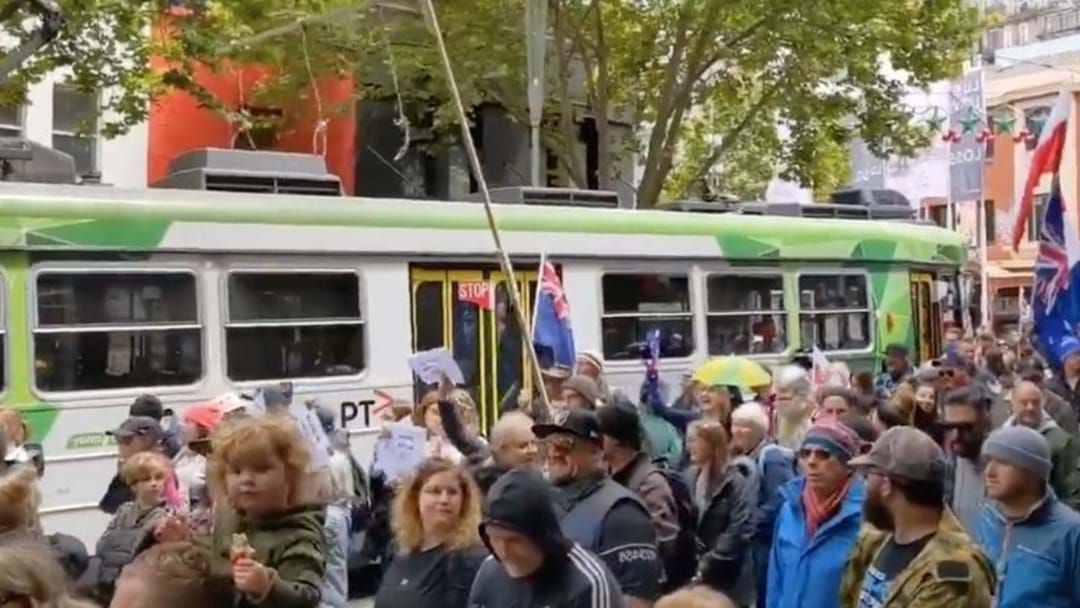 The Melbourne CBD is packed full of pandemic protestors as anti-vaxxers march against the Victorian Government’s vaccination mandate.

The new mandate which officially came into effect today prevents construction workers from continuing work onsite unless they are double vaccinated.

Thousands of Melburnians gathered in the CBD to protest the Government’s proposed Pandemic Bill.

Among the crowd, a protestor was spotted carrying a fake gallows with three hanging nooses.

The large crowd are protesting the new bill which would permit Victorian Premier Dan Andrews to announce a “state of pandemic” which would then prompt the Victorian Health Minister to impose “pandemic orders” which would enforce tough new restrictions on unvaccinated people.

Police were deployed as the crowd grew large enough to warrant a significant police presence.

Police made sure to hold the crowd while still supplying protestors with water bottles as they marched.

The protesters began their march out the front of the State Library at 12PM and are believed to be part of the ‘Rise Up Melbourne’ group.

The group then began their march towards Parliament house.

On the online group forum, protestors were encouraged to bring their own megaphones, signs and flags.

A majority of the protestors have so far remained peaceful and non-violent.