Basic sentenced to over two years 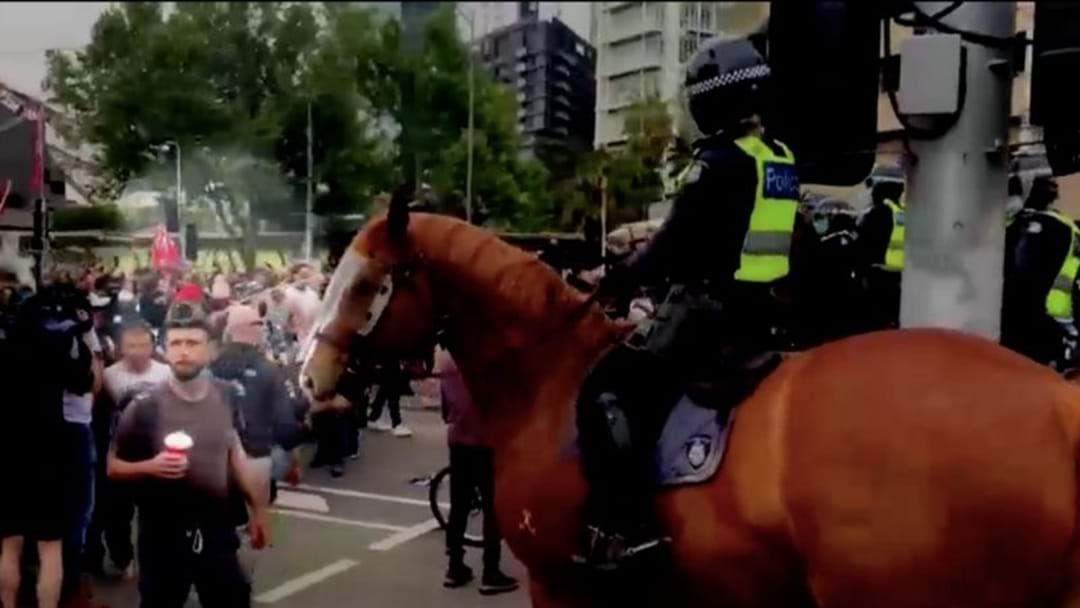 The Melbourne protestor who assaulted a police horse with a flagpole and threw a bollard at an officer has been sentenced to jail.

Dennis Basic was today sentenced to two years and two months in prison over the assault of a police officer and police horse during the Melbourne Covid lockdown rallies in what the court described as an “appalling” attack.

The 42-year-old today plead guilty at the County Court to several charges including animal cruelty and assaulting an emergency worker.

Basic was also given time served after spending 326 days behind bars on remand which means he will be eligible for parole in just under one year.

Judge Douglas Trapnell said that the 42-year-old had displayed “appalling” and “violent” behaviour.

"Your attacks on two police officers and the police force in two separate incidents, nine months apart, show a continuing disregard for the law, and disrespect towards those charged with enforcing the law on behalf of the Victorian community," he said.

"Your offending conduct at the rallies towards the police officers and the police horse was unwarranted, disrespectful and appalling."

"It was also dangerous, unprovoked and completely lawless."

Basic was caught on camera marching along with a number of other protestors against the Covid lockdown restrictions in Melbourne back in October of 2020.

Basic is then seen striking a police horse several times with a flag pole before attacking Senior Constable Jamie Brown.

Police arrested Basic at his home a few weeks later over the incident where they also managed to locate, pepper spray and several weapons.