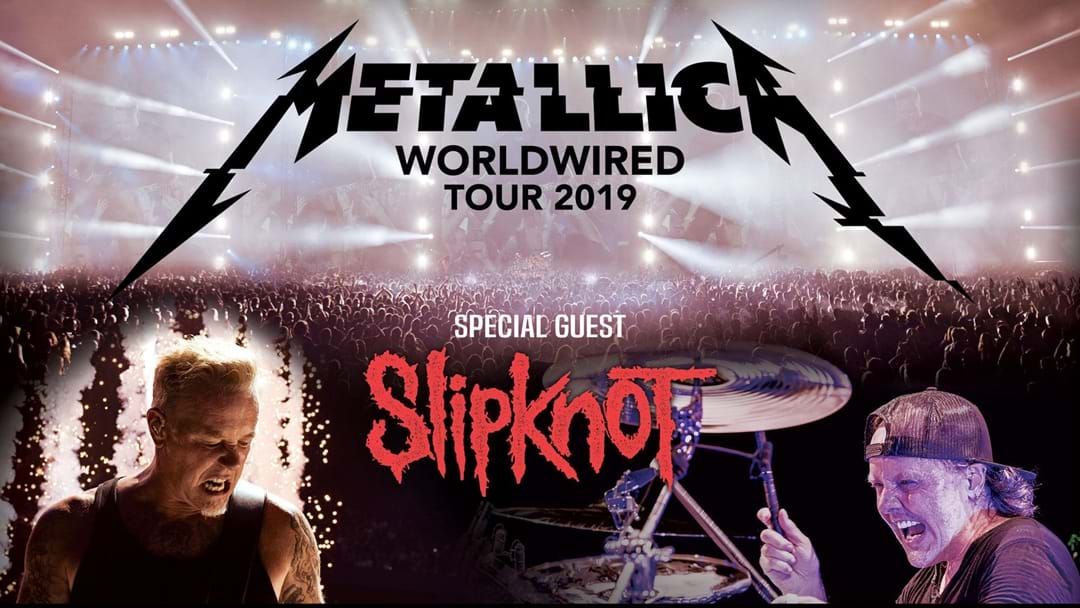 Metallica has confirmed its long-awaited return to Australia with the WordlWired tour coming down under this year.

Touring Australia this October the band haven't played Australia since 2013.

The newly announced shows are Metallica’s first ever headline stadium plays in Australia and New Zealand. They continue the WorldWired Tour that has played 130+ shows across the world since its 2016 kick-off.

- All times listed are local -

American Express Card Members are also among the first with access to tickets, with a presale beginning Wednesday, March 13 at 3pm in Sydney and 2pm (local time) in all other cities. Visit amexinvites.com.au for details.
Tickets go on sale to the general public Monday, March 18 at 3pm in Sydney and 2pm (local time) in all other cities.
As with most of Metallica’s WorldWired shows, every ticket purchased includes a choice of standard physical or standard digital copy of the band’s 10th and current album, Hardwired…To Self-Destruct.
And once again, all tickets will include a free MP3 download of the show(s) attended, mixed and mastered by the team behind Hardwired...To Self-Destruct. The free full-show downloads can be obtained by scanning or entering the barcode from that show’s ticket stub at LiveMetallica.com/scan.
Enhanced experience options will also be returning in partnership with the team at CID Entertainment: three options of special enhanced experiences, including premium tickets and amenities ranging from early access to the venue and the "Memory Remains" traveling museum to meeting members of the band. Visit CID Entertainment for full package details.
*Wherever I May Roam Black Tickets are non-transferable and if re-sold will be revoked. Each ticket is good for entry to Metallica specific shows and may not be used for festivals, promotional shows, benefit concerts or any other dates not included in the seven-date tour announced on March 8, 2019. Use of a Black Ticket will require an online reservation for each show you plan to attend no less than 48 hours in advance. More details about how to use your Black Ticket will be sent to purchasers via e-mail.
**Every ticket purchased through official outlets includes your choice of a standard physical or standard digital copy of Hardwired…To Self-Destruct. Fans will receive an email from their ticketing agent with information on how to redeem their albums. Full details of how you can gift the album, should you have already purchased it, will be given on the redemption page.