Metallica Face Fans For The First Time Since The Tour News 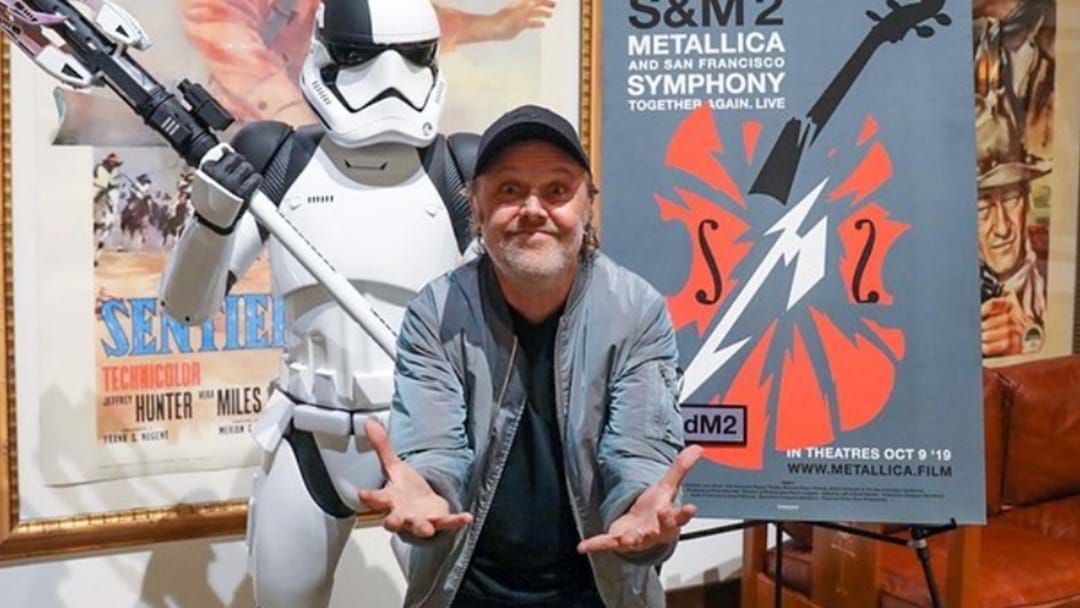 Metallica have appeared in front of fans for the first time since the breaking news singer James Hetfield is back in rehab, therefore cancelling their coming dates in Australia and New Zealand (read more here).

Drummer Lars joined a small groups of friends, family and fans for the debut of the cinematic release of S&M², in San Fransisco.

Although the drummer didn't say to much about James' condition, he was happy to be showing the film to the intimate audience.

If you didn't know, back on September 6, Metallica joined forces with the San Francisco Symphony to perform a gig that married the power of the metal legends with the panache of the symphony, watch here

Earlier this week, our very own Iron Hayden broke down the tour cancellation news:

For all that matters in Triple M rock news this week: