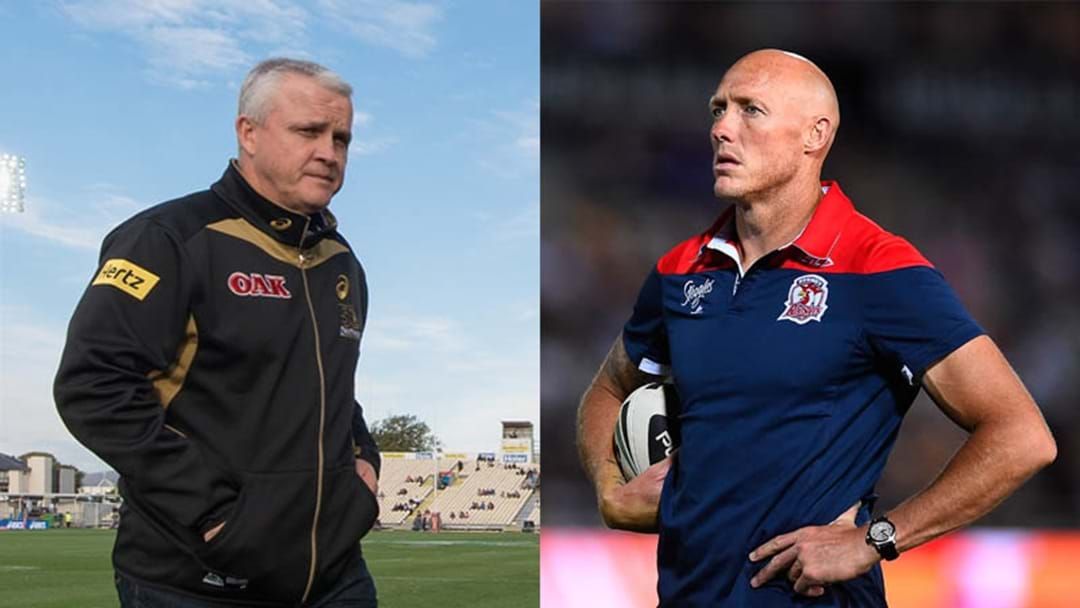 Last year saw the coaching merry-go-round spring into action pretty early in the season and it appears that we're in for yet another dizzying experience in 2020.

MG has slammed the "drama" of clubs "constantly chopping and changing" as reports of beleaguered coaches with their heads on the chopping board abound.

"You can't make fans so despondent," he said on Triple M's The Rush Hour with MG.

The rumoured changes would leave room for previously axed coach Anthony Griffin to return though, MG admitted, as well as allowing Roosters' assistant coach Craig Fitzgibbon the opportunity to step up.

But Anthony Griffin and Craig Fitzgibbon aren't the only two coaches who could have a new home ground come 2021; according to MG, Wayne Bennett may be on the move a lot earlier than 2022 and Craig Bellamy may have some tricks up his sleeve yet.