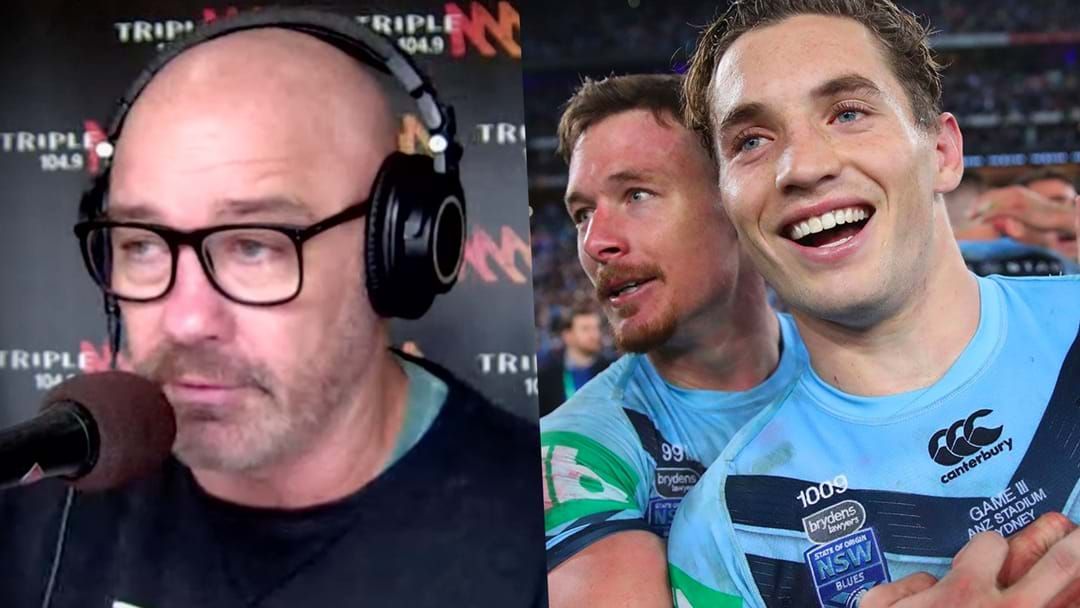 With Cameron Murray facing an extended stint on the sidelines, all but ruling him out of the opening Origin clash and with fellow incumbent Tariq Sims struggling for form and fitness to begin the season, Blues coach Brad Fittler has a few tough decision to make when it comes to the makeup of his squad.

On Wednesday's edition of Triple M Breakfast, Mark Geyer has named the players he would select in the forward pack for Game 1 in Sydney on June 9.

Ahead of Paul Gallen's return to the boxing ring, MG recalled his very own boxing debut that lasted 13-seconds; hear the full chat below.