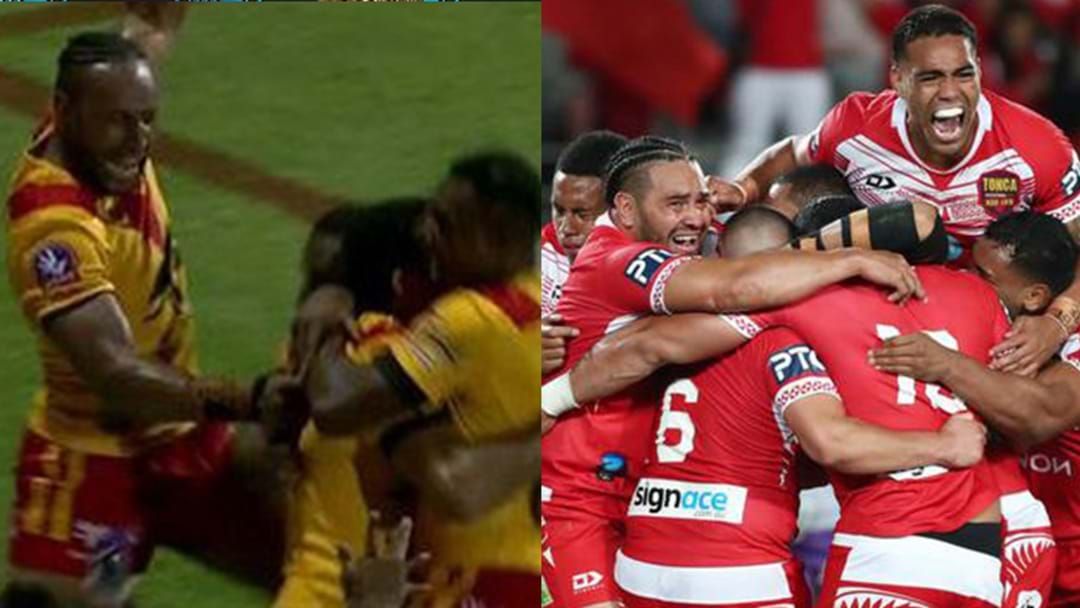 Triple M's Mark Geyer has reflected on the rise of the Pacific Nations following two historic victories during the end-of-season representative fixtures.

Earlier in November, for the first time ever Australia were defeated by a Tier-Two nation when they fell to Tonga meanwhile, PNG shocked Great Britain winning 28-10.

Speaking on The Rush Hour with MG, Geyer claimed we are starting to see a shift as to which representative jumpers, junior players are now aspiring to wear - be it a Tongan or Origin jersey.

This was part of a broader chat around current movements in rugby league including Latrell Mitchell's club future which seems to be a race in two; hear the full chat below.