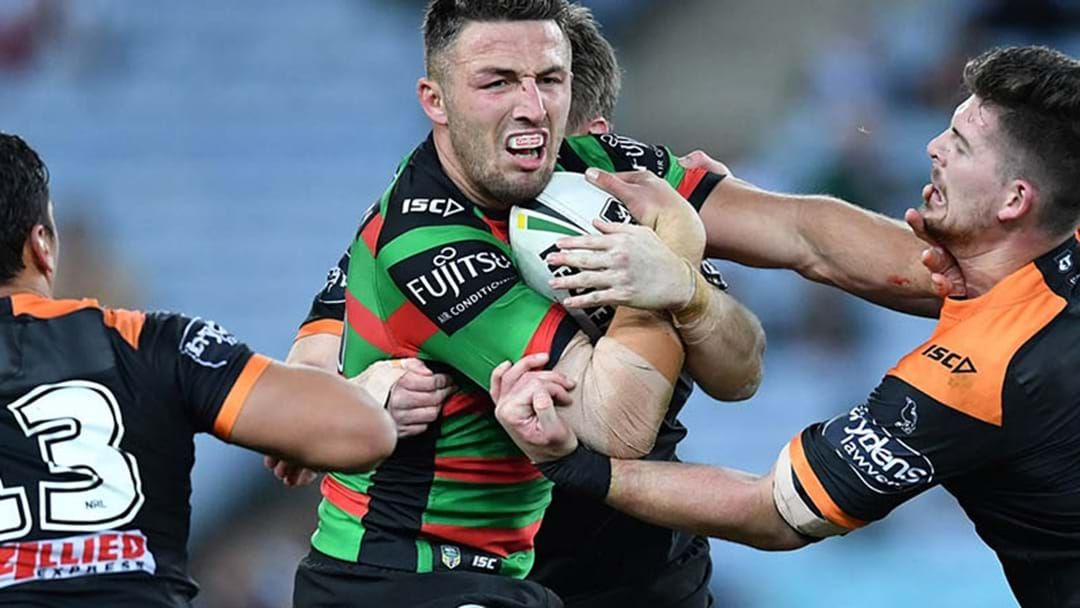 Triple M's Mark Geyer has revealed the player he believes would be the perfect replacement for the now retired Sam Burgess.

Burgess announced his retirement from rugby league on Wednesday, with a chronic shoulder injury ending the 2014 Premiership winners career.

The Rabbitohs could have almost $1million of cap space IF the NRL deem Burgess can be medically retired.

And there's one player MG believes the Rabbitohs should chase to replace Slammin' Sam.

"They need an explosive replacement because Sam's an energy player.

"They need someone with a bit of mongrel, maybe not as aggressive as Sam - and not many players in the past 20 years have been - But I think he could be the man."