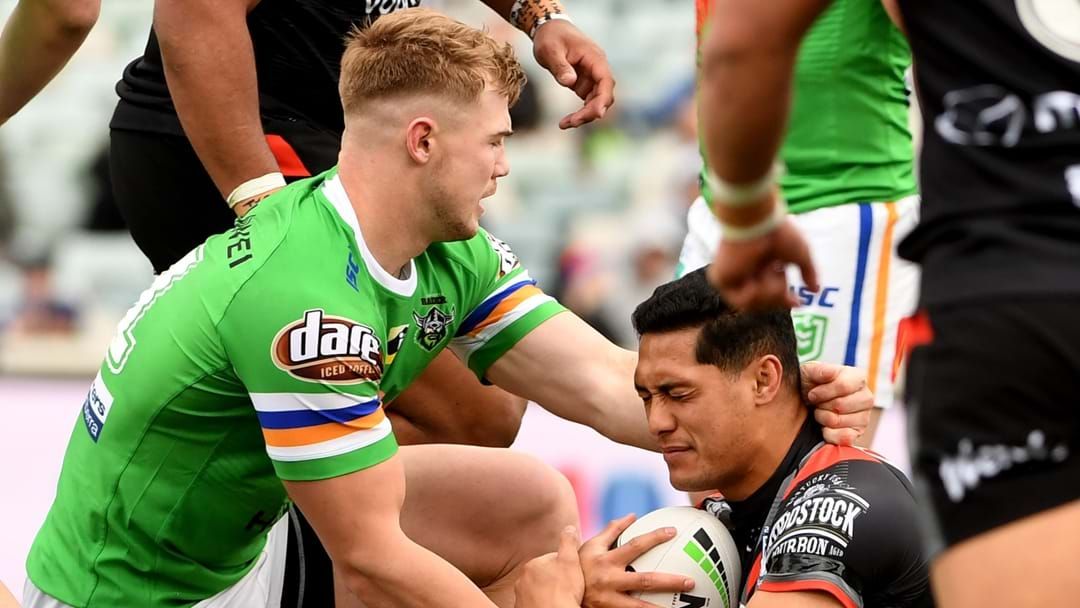 While the Raiders have confirmed that the 21-year-old will be pleading not guilty at this evening's judiciary hearing, he may be facing a significant penalty considering he was suspended for five weeks for a similar issue in June.

But, with Pompey himself saying on social media that he "didn't even feel anything", is it even worth opening a case?

Later, Raiders coach Ricky Stuart joined The Rush Hour with MG where he strongly defended Young, saying it was "dead set not an eye-gouge".

"He would win some awards for stupidity but it's not an eye gouge," Stuart added.

Here the full interview below: