Michael Hurley Has Injured His Shoulder 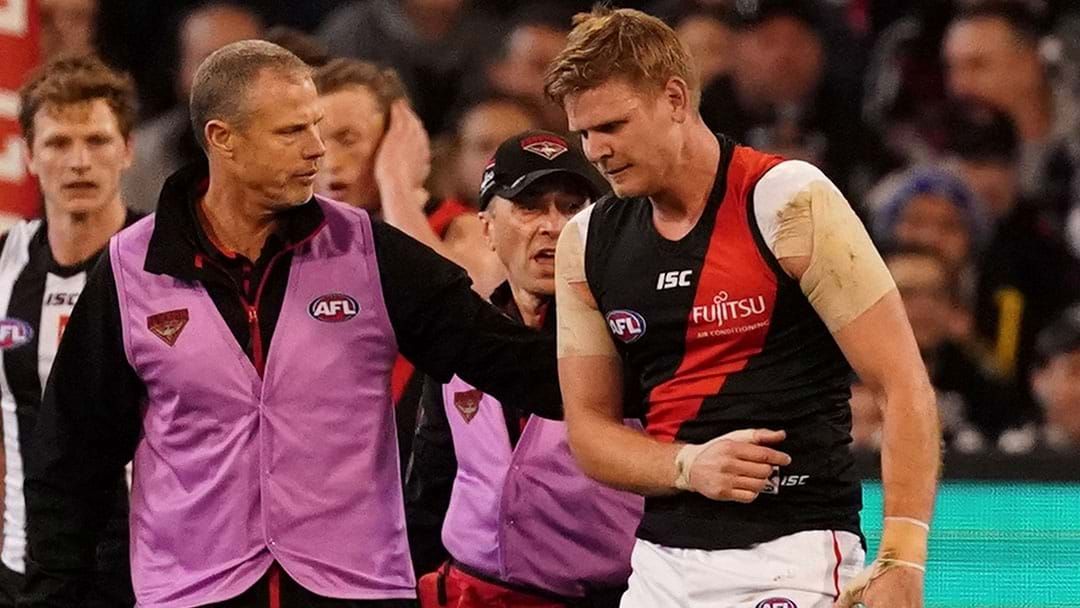 Michael Hurley has injured his right shoulder in what is a major blow to an already depleted Essendon line up.

The key defender had just returned from a month on the sidelines with an AC injury to his left shoulder injury.

"If internal damage it could be weeks (on the sidelines)," White said on Triple M Footy.

Trainers assisted Hurley to the rooms prior to half time.

A number of key players are already on the sidelines for the Bombers, including skipper Dyson Heppell, Devon Smith and Joe Daniher.