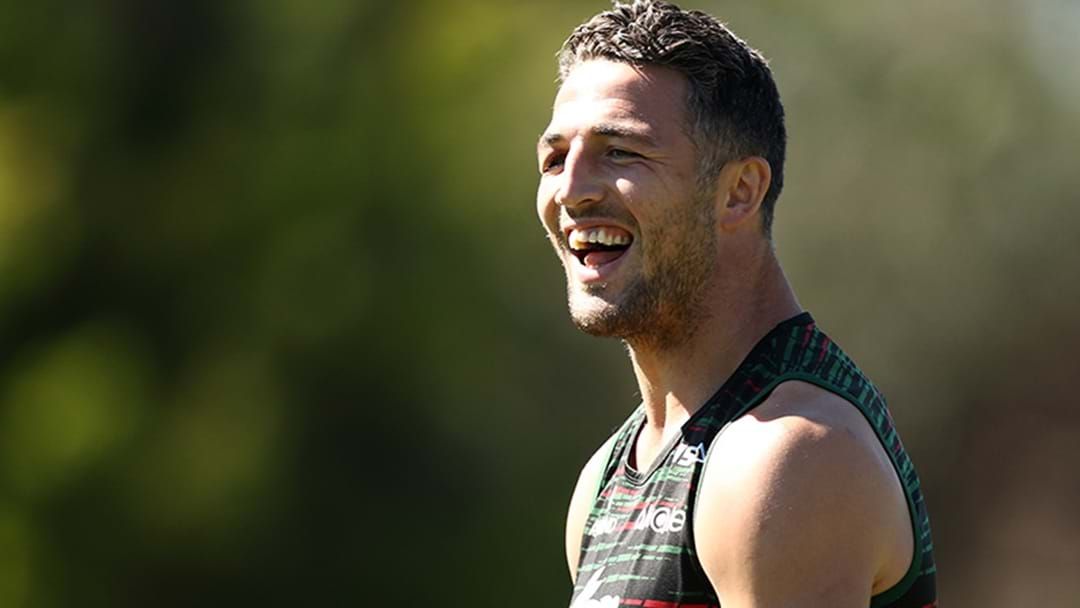 Sam Burgess was one of the toughest players to ever grace a rugby league field.

His toughness is personified by his heroic 2014 NRL Grand Final performance, playing 79-minutes with a busted cheekbone after a collision with countryman James Graham in the first tackle of the decider.

However, it wasn't the first time the two collided and Sam was second best.

Burgess' 2014 Premiership winning coach Michael Maguire opened up to The Rush Hour with MG about the time "Slammin' Sam" played a game with a cracked rib, courtesy of Graham.

Maguire joined The Rush Hour with MG live from New Zealand camp ahead of the Kiwi's clash against Great Britain on Saturday night; hear the full chat below.