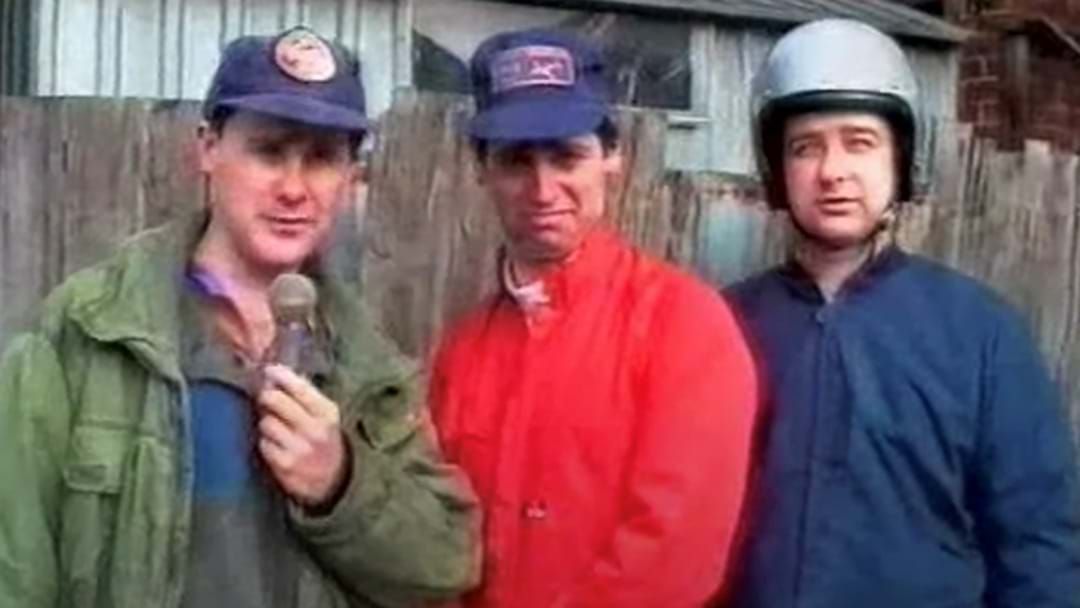 Mick Molloy has recalled a terrific story from The Late Show days about a Shitscared sketch with Rob Sitch and Tom Gleisner.

Mick and Dangerous Dave were reminiscing about the freezing cold Ballarat on Kennedy Molloy when Mick had a yarn to spill about some filming he did there one day with Rob and Tom that ended up completely bombing.

"I've done a day of filming there, it was the coldest day in history," he said.

"It was the one where Rob was, at the end, Rob was supposed to be torn apart by two buses."