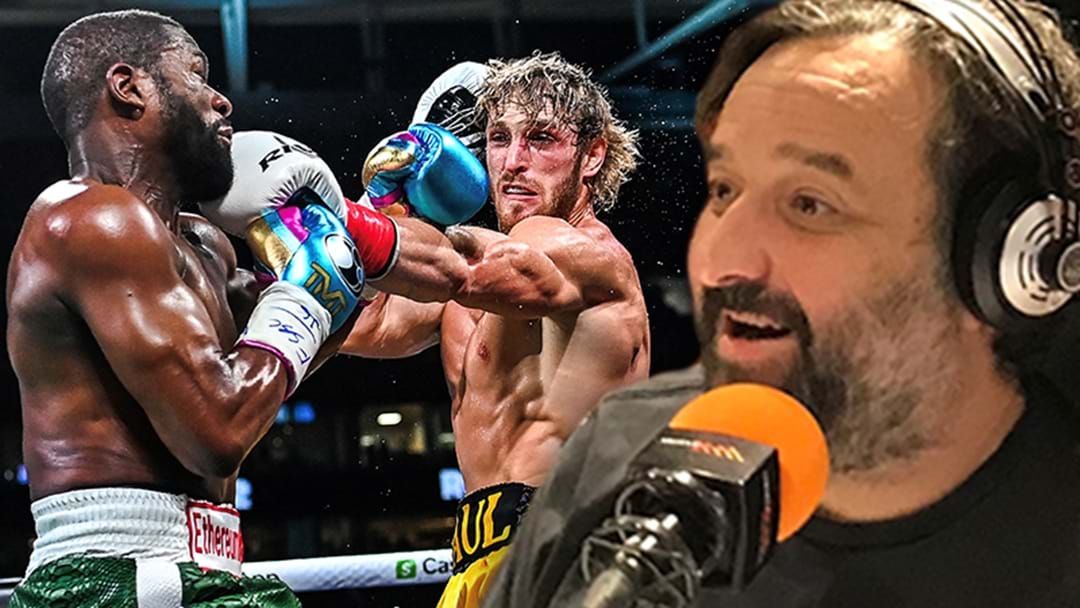 During the Sports Wrap with Neroli Meadows on the Monday edition of Molloy, Mick Molloy flipped from sport to "sideshow".

To talk about the fight between Floyd Mayweather and Logan Paul earlier in the day.

The bout between the two - Mayweather the boxing legend and Paul the YouTube star - went eight rounds with no winner and no judging.

"I'll tell you why he enjoyed it, he picked up $139 million for beating up a social influencer!" he said.

"WHAT HAS THE SPORT COME TO?!