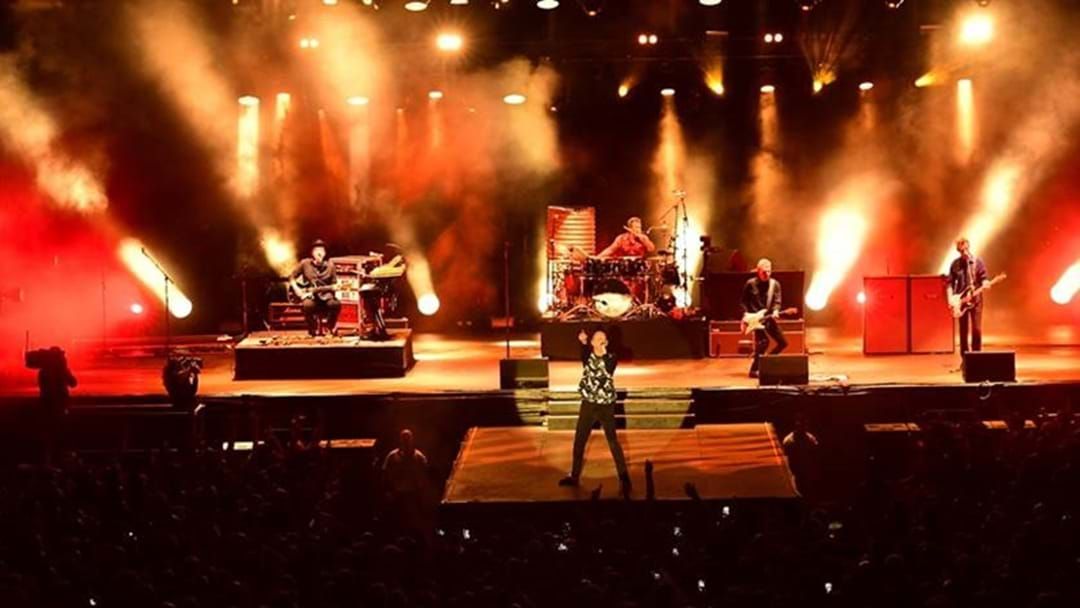 Midnight Oil are set to release 'Armistice Day: Live At The Domain, Sydney' across both video and audio platforms on November 9th.

Taken from their 'The Great Circle' Tour, the live performance will be available on Digital, DVD, Blu-Ray, 2CD, 4 Disc CD and as a DVD Deluxe Edition.

The tour was a huge milestone for the band, being their first in over 15 years.

The Oils played 76 gigs to over half a million people around the world. From cities to the outback, coal mines, vineyards, the Murray River and Hanging Rock. The epic tour circled back to the city where it all began, Sydney, and would come to a close at the Domain, this was the perfect venue and date to conclude the tour - November 11th (Remembrance Day, otherwise known as "Armistice Day"), and where better than the Domain, a place that encapsulates the nation’s history.

This release captures Midnight Oil at their explosive, uncompromising best.

We'll be playing Midnight Oil's 'Armistice Day: Live At The Domain, Sydney' in full this Oztober!

The Hot Breakfast caught up with Peter Garrett and Jim Moginie ahead of the tour, listen back:

Listen: triplem.com.au or
Listen on the Triple M App
Download on iTunes or Google Play.