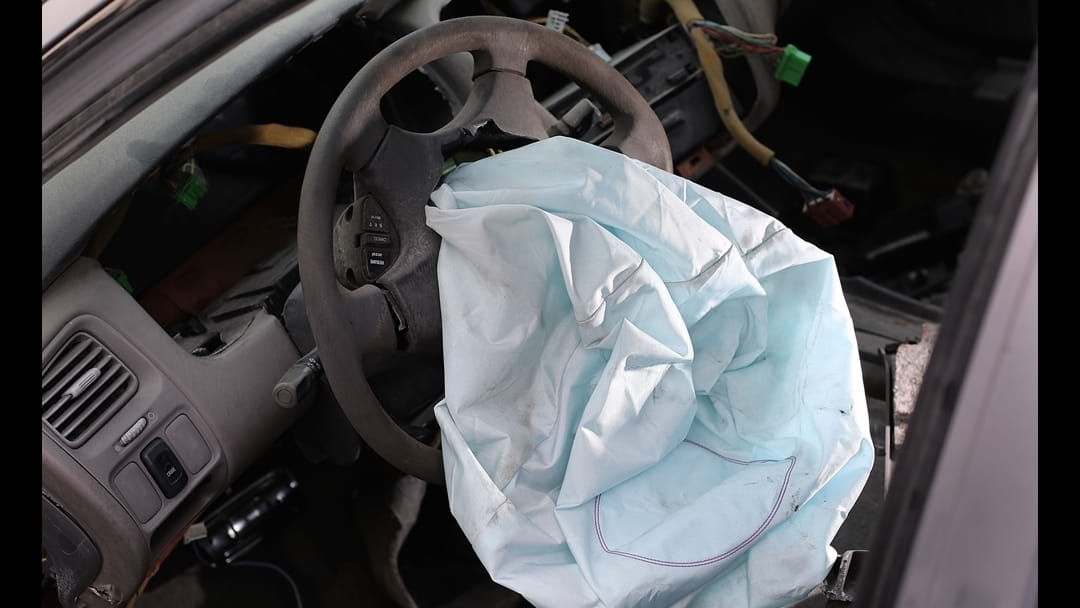 UPDATE: The Federal Government has today  announced a new, compulsory recall of 2.3 million cars affected by the defective Takata airbags.

The airbags have been associated with 20 deaths globally and this is the first ever compulsory recall in Australia.

2 in 7 cars across Australia will be affected by the recall.

You can see if your car is affected here.

EARLIER: Around 2.3 million cars are expected to be affected by Australia's first ever compulsory recall order.

All because of potentially deadly exploding airbags.

The Turnbull Government is set to order the massive recall for the defective Takata Airbags.

The faulty airbags can spray shrapnel when deployed in a crash because they have an unstable explosive material.

There have been more than 23 deaths globally, including one in Australia, and around 230 injuries from the safety device.

Car makers including Ford, Honda, Mitsubishi and a heap of others will be forced to replace the air bags for free.

The recall affects about 100 million cars worldwide but only 950, 000 affected cars in Australia have had their airbags replaced, that leaves around 2.3 million cars on the road with a question mark.

The airbags will need to be replaced within two years.

If you want check if your vehicle is safe, there is a previous list here.

More info is set to come out on Wednesday, we'll keep you up to date.