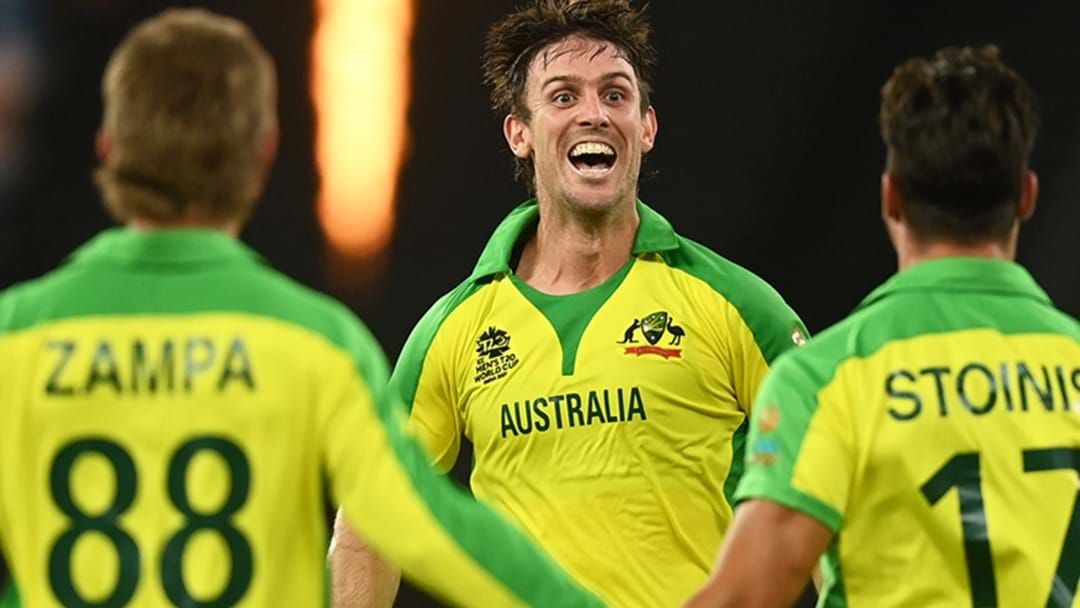 T20 World Cup hero, Mitch Marsh, has joined 92.9 Triple M Perth's breakfast show to talk through that first ball six that set the platform for his peak performance in the T20 decider against New Zealand.

"There wasn't a whole lot of thinking that went into that,

"We got off to a steady start but my role in the power-play is to go out there and be really attacking,

"I took this great confidence in my ability to go out there and take them on from ball one and it's always nice when you get off to a start like that."

In the full chat with Basil and Xavier, he also addresses the conflicting emotions Aussie cricket fans have felt for the West Aussie all-rounder over the years.

He also reveals why his nickname (which he doesn't particularly like), is 'Bison'.

It's a case of watch this space as to what happens next for Mitch Marsh.