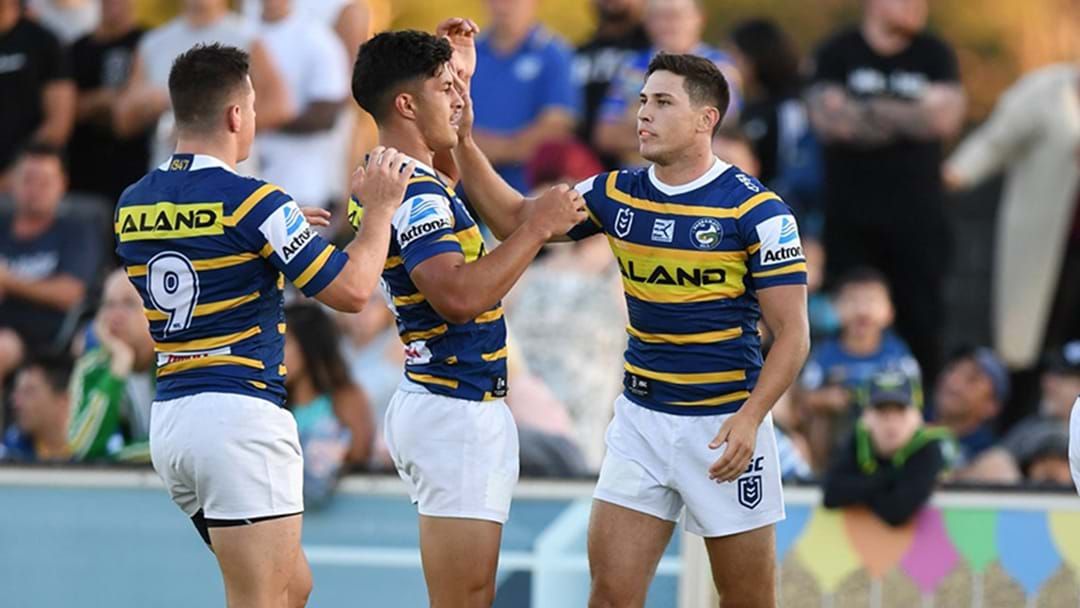 Mitch Moses and Dylan Brown forged a blossoming partnership during the 2019 NRL season.

The pair helped the Eels to the second-week of finals footy for the first time since 2009, with both capping off a stellar year by representing Australia & New Zealand respectively at the World Cup Nines.

However, reports over the last week suggest the Brown could be on his way out of Parramatta already.

Speaking on Triple M’s The Rush Hour with MG, Moses has responded to the potential departure of his teammate.

This was part of a broader chat with the Eels halfback who also touched on his incredible 2019 season and how next year is shaping up for his club; hear the full chat below.