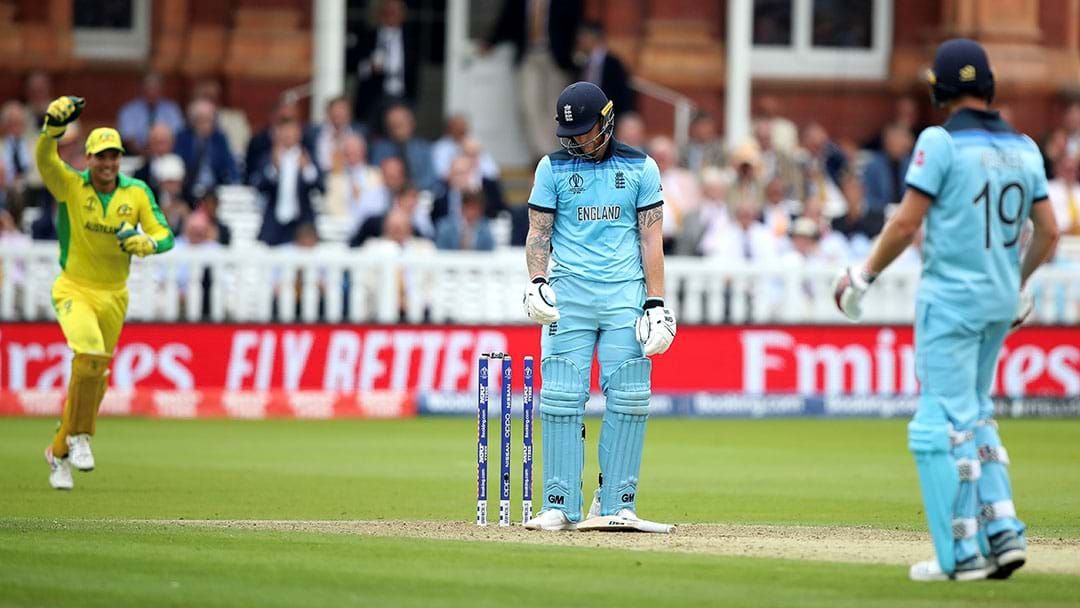 Mitch Starc bowled the best ball of the World Cup last night when he tore through Ben Stokes with an unplayable yorker to break the back of the England chase.

The Poms were trying to run down Australia’s underwhelming 285 and were placed precariously on 7/177 with Ben Stokes carrying the chase on 89.

Enter Mitch Starc for the first over his third spell and a perfect yorker that reverse swung in the air then seamed off the deck to cannon into Stokes’s off pole.

All Stokes could do in response was drop his bat on the floor and boot it away, knowing the chase was stuffed.

The Aussies ended up getting home in a canter, rolling the Poms for 221 for a 64 run win.

Australia are through to the semi finals of the tournament while England’s chances of getting through hang by a thread.

Eddie McGuire spoke to Aaron Finch about what it’s like to score a ton as captain in a win against England in the World Cup.