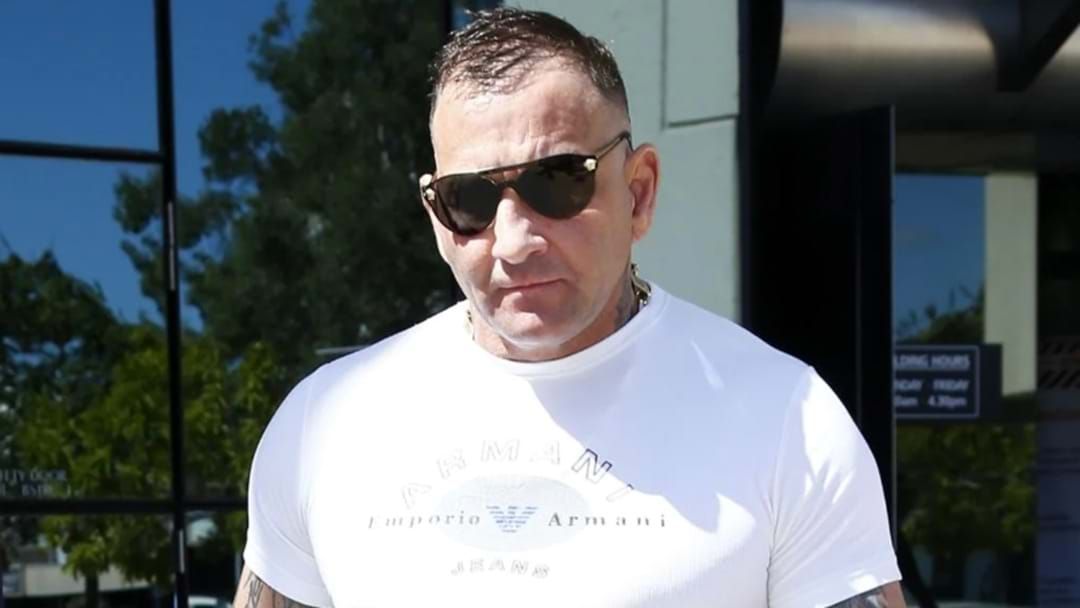 Queensland police say they've made a significant step towards dismantling organised crime in the sunshine state following the arrests of eight men in connection with the murder of Gold Coast bikie Shane Bowden.

The notorious 47-year-old was killed in an execution-style ambush outside his Pimpama home on October 12 last year.

On Saturday specialist police arrested 46-year-old Ian Robert Crowden, alleged president of the Brisbane West chapter of the Mongols bikie gang for his part in the hit on Bowden.

The arrest was followed with police raids across a number of properties in the south east from the Gold Coast, to Logan and Ipswich.

Eight arrests were made, with seven of those charged with murder involving serious organised crime.

The alleged Mongol gang members then faced the Brisbane Magistrates Court on Monday.

"We've taken out people from an outlaw motorcycle gang who allegedly have a code of silence and are impossible to catch, well we've proved otherwise"

Police continue to appeal for public assistance with a $250,000 reward on offer for information leading to a conviction.

Anyone with information or dash cam footage is urged to contact Crime Stoppers on 1800 333 000 or submit a confidential crime report at www.crimestoppersqld.com.au