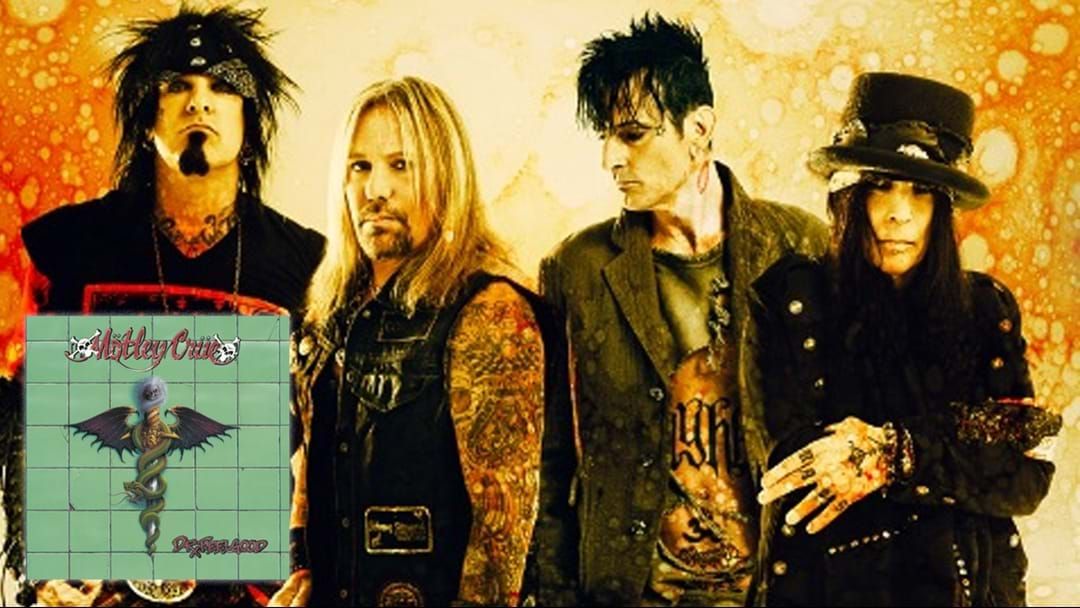 Can you believe it's been 30 years since the release of Mötley Crüe's biggest album to date, Dr. Feelgood?

The landmark album that spent 109 weeks in the Billboard charts and went 3x platinum saw the rock band score Grammy nominations, #1 spot on the charts and includes the rock favourites Dr. Feelgood, Kickstart My Heart, Without You, Don't Go Away Mad (Just Go Away) and Same Ol' Situation (S.O.S.).

Inspired by bass player Nikki Sixx's overdose, Kickstart My Heart has become a rock classic and last year Guns N' Roses drummer Steven Adler told us the story of the moment that inspired the hit single saying; "That Kickstart My Heart song... I dragged him into the shower and started slapping him... he got one hell of a good song out of it".

The world's most notorious rock band like to party and their celebrating this anniversary with a huge release including limited edition merch, vinyl bundle and even a branded straight jacket!

Although the band haven't played a show since 2015 this could be the biggest year for Mötley Crüe yet following the release of the biopic The Dirt, increasing the band's music sales by 2000%!