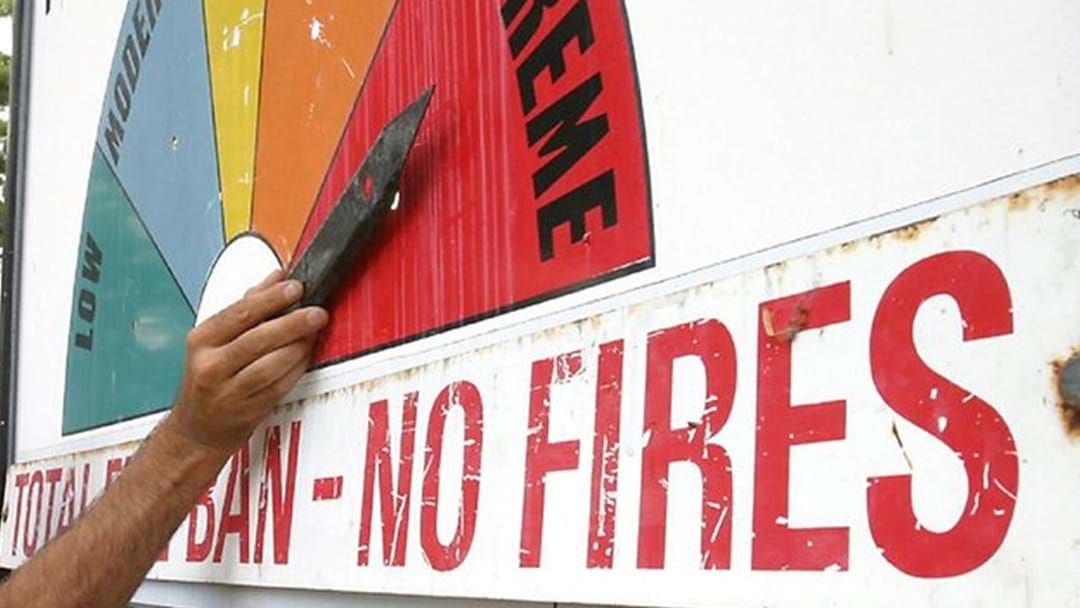 Hot, dry and windy conditions have prompted the RFS to issue total fire bans across most of the state.

Rural Fire Service Inspector Ben Shepherd says firefighters are on stand-by but the community must be on alert as well.

"We stand ready to respond to any situation, but it's important the community play their part by A, reporting all fires to triple zero and B, having a fire plan in place," he told AAP on Friday.

Temperatures up to 47C are forecast in northwest NSW and many parts of the state will swelter with the mercury predicted to rise above 40C on Friday.

Sydneysiders can expect temperatures to hit 35C, with the western suburbs expected to top 42C.

The heat combined with stronger than predicted winds means a total fire ban is in place over the Greater Sydney Region.

The tiny outback town of White Cliffs is likely to be the hottest place in the state at an expected 47C, while Bourke is due for a scorching 46C and Dubbo 43C .

The record for consecutive days above 40C could be broken at Bourke, which was set in 1892 at 22 days.

Conditions should ease for the southern half of the state during the weekend, a Bureau of Meteorology forecaster told AAP.

But the heat is set to come back early next week with many areas likely to again experience temperatures in the low to mid-40s.

"It's not over yet," the BOM forecaster warned.