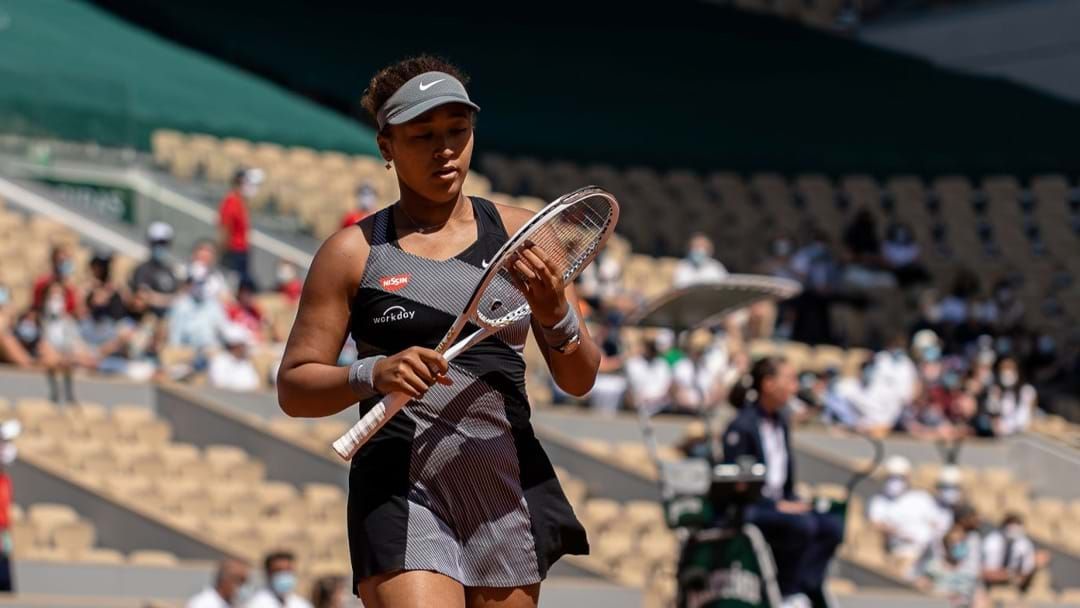 The women's world number-2 withdrew her spot shortly after her first round victory, as a result of being fined for missing a Roland-Garros press conference.

Osaka posted on social media in the tournament build-up that she would not attend any of the mandatory post-match pressers, reasoning that the nature of questioning applied an excessive burden and mental angst on the athletes.

In response to the original media boycott, the French Tennis Federation (FFT) reached a decision to fine the four-time Grand Slam champion if she would not meet the obligatory media requirements - ultimately threatening expulsion from the event.

The media standoff encouraged Osaka to speak up on issues surrounding mental health and well-being.

FFT president Gilles Moretton spoke on the situation in a statement.

"The outcome of Naomi withdrawing from Roland Garros is unfortunate. We wish her the best and the quickest possible recovery, and we look forward to having Naomi in our tournament next year..."

"As all the Grand Slams, the WTA, the ATP, and the ITF, we remain very committed to all athletes' well-being, and to continually improving every aspect of players' experience in our tournament--including with the media, like we have always strived to do." Moretton said.

Osaka cited her ongoing battles with depression for her eventual departure, and was concerned of further unhealthy treatment that would come from the situation.

"I never wanted to be a distraction and I accept that my timing was not ideal and my message could have been clearer." Osaka said.