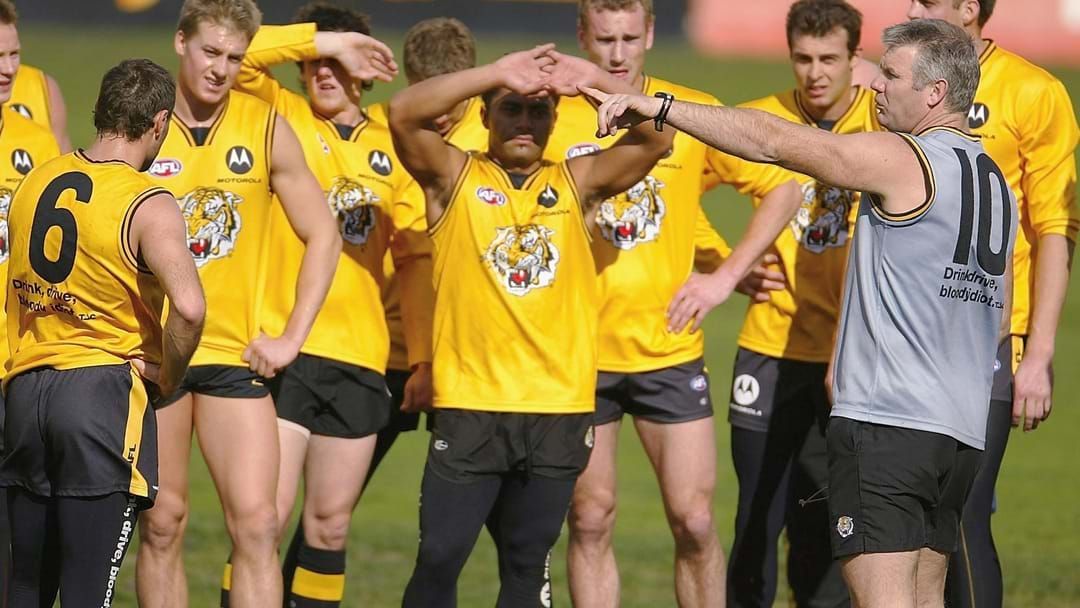 Nathan Brown has recalled a classic story about his former Richmond coach 'Spud' Frawley, when he stitched up an again-late David Rodan at training.

"David Rodan, one of the great gentlemen of AFL football, was playing with us at the time," he told Triple M's Rush Hour during the Mid-Week Rub.

"Spud had lost it! Spud had given him enough leeway."

So Spud got all his teammates out on the ground at training - because D-Rod was late again - and with their help, properly stitched him up for the session!