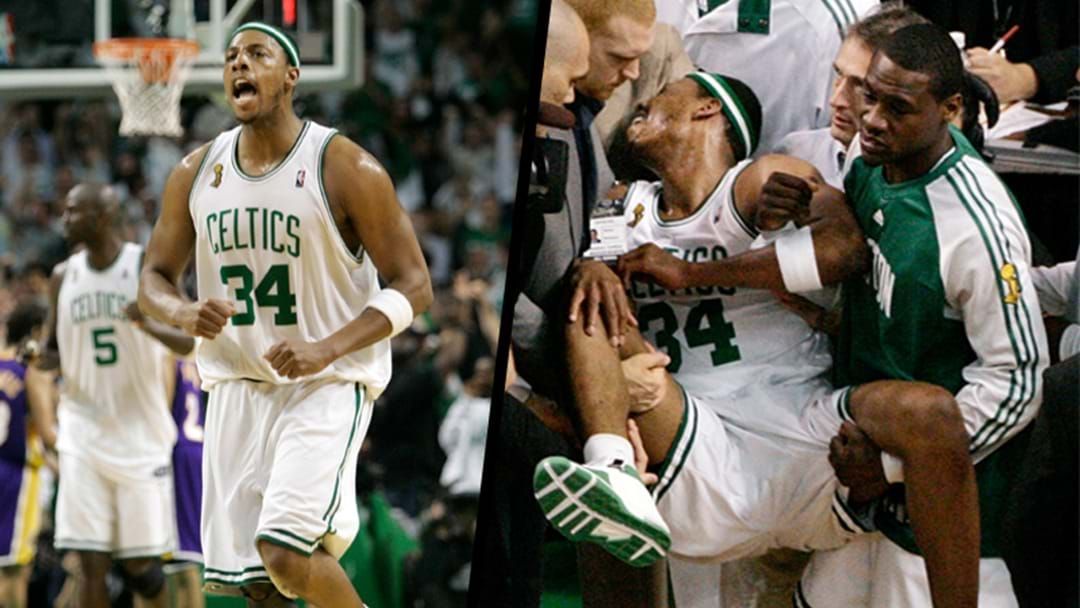 NBA legend Paul Pierce has admitted that he had an Engadine Macca's incident of his own almost exactly 11 years ago in what has gone down in history as the "Wheelchair Game".

Pierce, then 30, was famously taken from the court during the third quarter of Game 1 of the 2008 NBA Finals, grimacing with what appeared to be a serious injury.

His Celtics teammates were pictured carrying him to a wheelchair, before he was wheeled to the locker room, slumped down and being shielded from cameras.

But fans' fears that "The Truth" was too hurt to returned were allayed just minutes later, when Pierce jogged back out onto the court and continued as if nothing had happened.

What went on in that locker room has remained a secret since 2008 - until now.

On the incident's 11th anniversary, Pierce admitted that he was just desperate for a crap.

"I have a confession to make," he said during today's NBA Finals. "I just had to go to the bathroom.

"Something went down. I had to go to the bathroom."

While we probably could have done with a bit more detail, Pierce's colleagues just kind of brush over it; here's the confession.