"Top marks to the cowbell!" 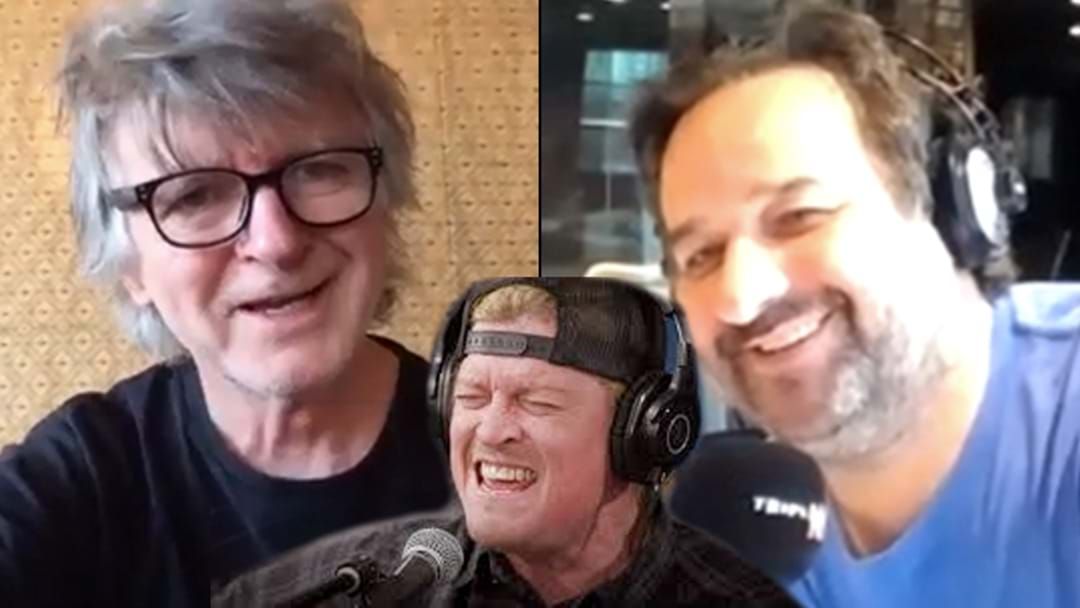 Neil Finn from Crowded House joined Mick Molloy and Dangerous Dave on Kennedy Molloy to celebrate the band's announcement of their first new release in 10 years.

But afterwards, Mick had a new release of his own he needed to raise with Neil.

"Before I let you go, I'm trying to break into music myself," he explained.

"I don't know whether Neil needs to hear this," Dangerous Dave added.

It was, of course, Mick's cover of Puddle Of Mudd's cover of About A Girl by Nirvana - one that was already infamous before Mick's dulcet tones were added over the top.

So we played it for Neil and asked him what he thought.

"I was gonna say - top marks to the cowbell!" he laughed.

"I think you hit that top note!"