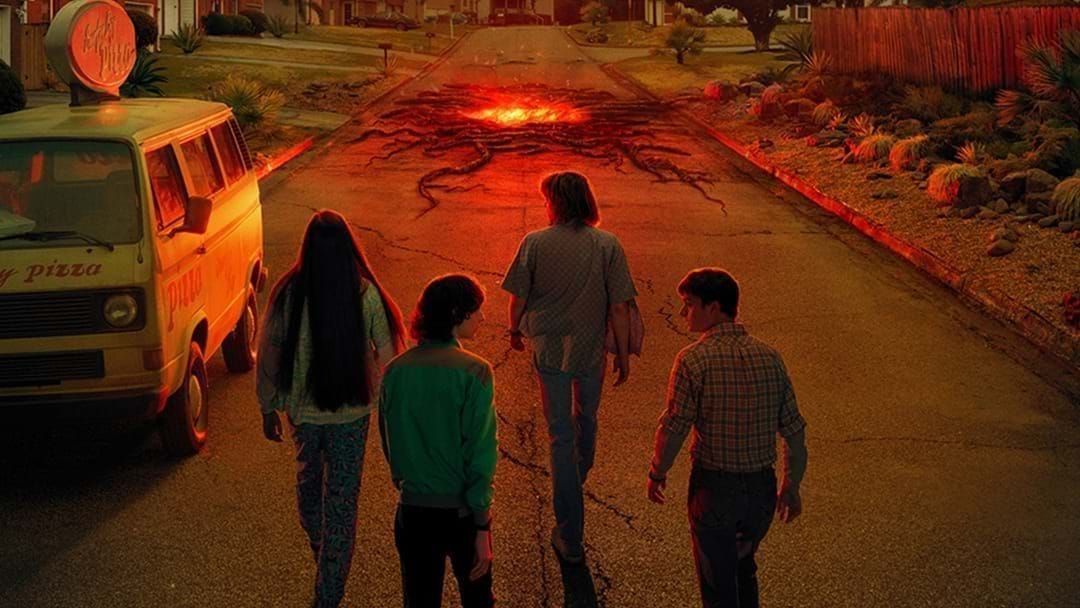 After a three year wait, the final season of Stranger Things is almost here!

While we’ve known about it for a while (and have already had Hopper’s return spoiled for us), we’d yet to see a trailer.

That is, until now…

Set six months after the Battle of Starcourt, the upcoming season will throw an added layer of complexity to the Stephen King-ish series, with the characters all being separated for the first time.

As if that wasn’t bad enough, the teenagers are starting their first year of highschool!

With Eleven's powers seemingly MIA, the kids are in for an uphill battle.

If there’s one thing to take away from the trailer, it’s that the upcoming episodes will be far darker than anything we’ve previously seen from Stranger Things, both visually and thematically.

From the prominence of the blue-tinged hell that is the Upside Down, to the heart-wrenching clip of Max visiting her deceased brother Billy’s grave, it looks like it’s going to be a bleak conclusion to the beloved series.

Stranger Things’ fourth season will be released in two parts, with Volume One hitting Netflix on May 27th, while Volume Two drops on July 1st.

Stay up-to-date with all things entertainment by downloading LiSTNR, available for iOS and Android: